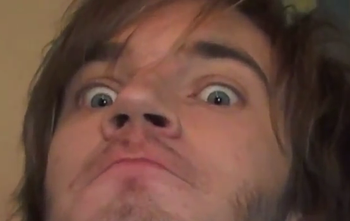 If you've seen even one of his LPs, you know that PewDiePie is a very strangely amusing kind of person, and you better believe that there are tons of Crowning Moments of Funny in his videos.

open/close all folders
Let's Plays
Other