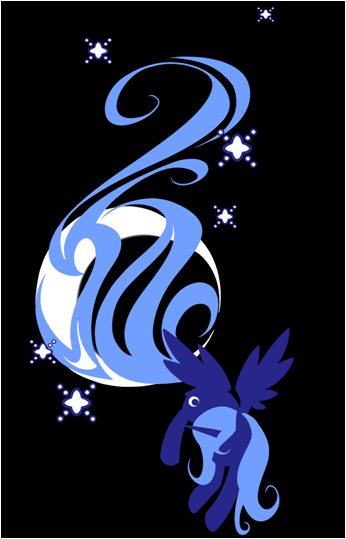 Image featured on the site.
Advertisement:

Luna Game is a series of My Little Pony: Friendship Is Magic fangames, each featuring the eponymous Princess Luna as the protagonist.

The most noteworthy is the main Creepypasta series—created by an anonymous programmer—which each start out as a seemingly innocent, 2D platformer. (That is, until the horror shows up.)

Downloadable copies of the game are hard to come by, but mediafire links are still available. Download at your own risk.

It has inspired many Spiritual Successor series, such as Dreamy Rainbow.

Can be found here: http://www.mediafire.com/download/9umid7fp95e56s9/

A short, spinoff-parody game, created by SkippyElectrochomp. Can be downloaded here