open/close all folders
The Black Pearl 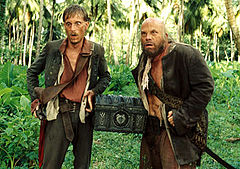 An inseparable pair of pirates who crew on the Black Pearl under both Barbossa and Jack. Their personal incompetence and bizarre personal quirks result in their mostly providing comic relief (they're genuinely menacing precisely once in the series — in their first appearance facing off against the Governor's unarmed staff and an untrained Elizabeth. Against anyone else, they're way out of their league).

Played By: David Bailie
Appears in: Tales of the Code Wedlocked | The Curse Of The Black Pearl | Dead Man's Chest | At World's End
Gibbs "He's a mute, sir. Poor devil had his tongue cut out, so he trained the parrot to talk for him. No one's yet figured how."

A pirate with no tongue. The parrot over his shoulder speaks for him; he supposedly trained it to do so, although this is likely untrue. 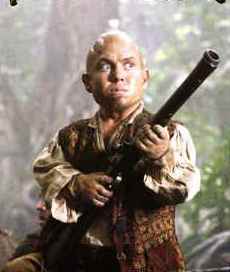 Played By: Martin Klebba
Appears in: The Curse Of The Black Pearl | Dead Man's Chest | At World's End | Dead Men Tell No Tales

A dwarf pirate hired in Tortuga. He has the best sight among the pirates and often serves as the lookout. 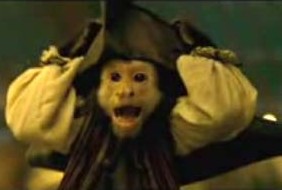 Appears in: The Curse Of The Black Pearl | Dead Man's Chest | At World's End | On Stranger Tides | Dead Men Tell No Tales
Barbossa: "Why thank ye, Jack."
Jack Sparrow: "You're welcome."
Barbossa: "Oh, not you. We named the monkey Jack." 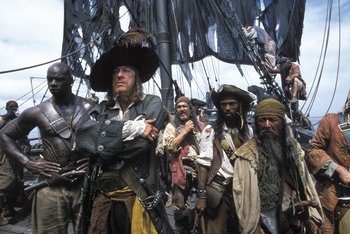 Appear in: The Curse Of The Black Pearl

Jack Sparrow's original crew of The Black Pearl who mutinied against him, and shortly after found a chest of cursed Aztec gold. 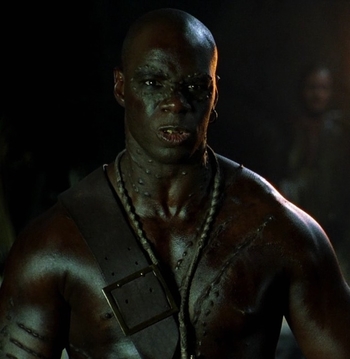 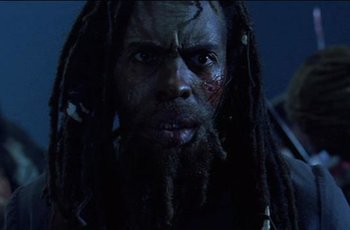 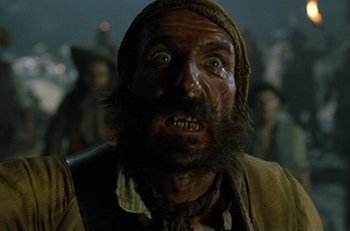 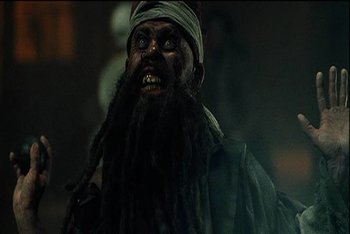 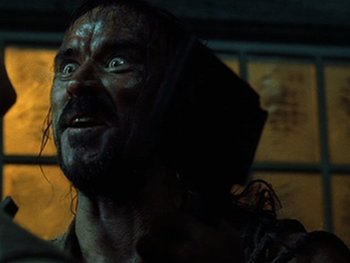 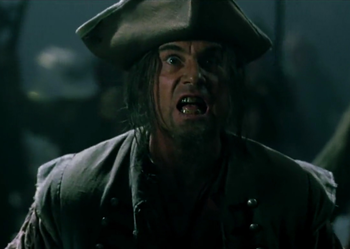 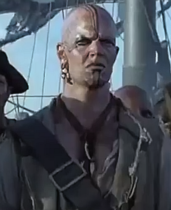 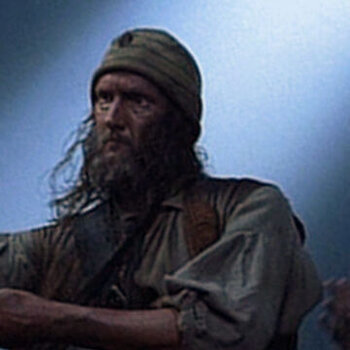