Characters / How Heavy Are the Dumbbells You Lift?

Characters appearing in How Heavy Are the Dumbbells You Lift?

The main protagonist of the series. Hibiki is a Japanese high schooler with a big appetite. However, when she sees that she gained weight and she thinks she cannot attract anyone, she decides to go to the Silverman Gym in order to lose weight.

A schoolmate of Hibiki's at the Koyo Women's Academy who goes to the Silverman Gym at the same time as she does.

A high school student at Koyo Women's Academy. She is Hibiki's classmate and best friend. 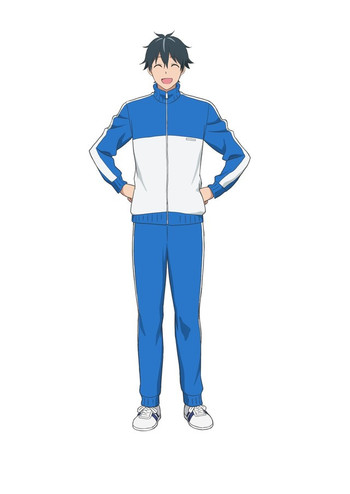 A personal trainer who works at the Silverman Gym.

The World History teacher at Koyo Women's Academy. She likes to cosplay but would like a clean separation between her work life and private life.

A foreign transfer student from Russia who goes to Koyo Women's Academy.

Ayaka's older sister who works as a boxing coach at the Glory Gym.

The director of the So Cool! Idol TV station who auditions upcoming idols. He's beleaguered by the newcomers' lack of originality, and longs for something out of the norm.

An actor who works as Harnold Dogegenchonegger's secretary. He later becomes a trainer at the Silverman Gym on Harnold's orders to assist Machio and keep an eye on him.

A pro cosplayer who seeks to be a big star.
Toyoda Tadakatsu

A vengeful spirit who is freed after he was sealed at the Brawny Meat Temple.
Koharu Utsunomiya

A trainer who works at the Silverman Gym's Kyoto branch.