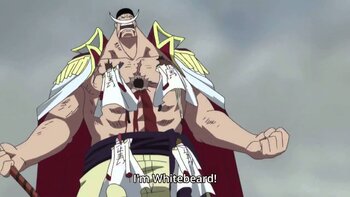 The only Badass Boast he needs.
Advertisement:

Even when the Straw Hats were just starting out, One Piece had its Awesome moments.