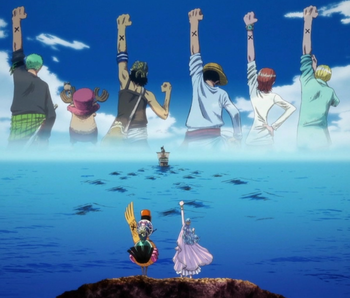 "No matter what happens from here on, our left arms will bear... the sign of our fellowship."
Advertisement:

With its messages of having True Companions and the Power of Friendship permeating it, One Piece has proved to be one of the most idealistic and warm series around.

Buggy's Crew: After the Battle!