Characters / Welcome to the Wayne 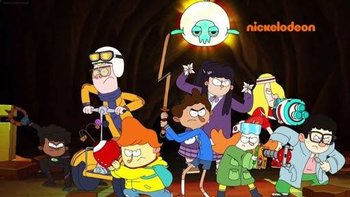 The main group of the series, Ansi,Olly and Saraline are dedicated to solving the mysteries of The Wayne and protecting its residents. Later they are joined by their friends to help them in the mission of protecting The Wayne. 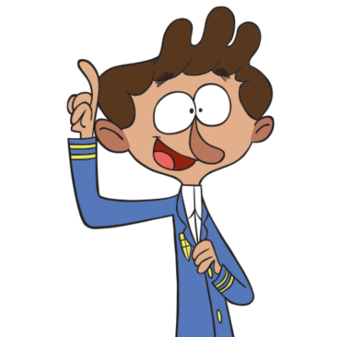 The main protagonist of the series, a shy and bookish new resident of The Wayne. Seeks to understand the strange phenomena and creatures within it, together with his closest friends, the Timbers siblings. 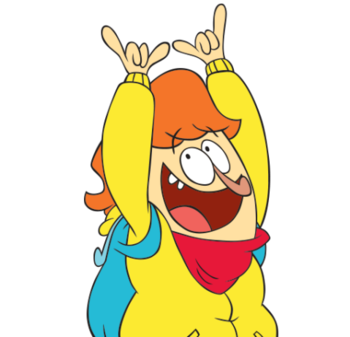 The most easygoing of the core trio, who is constantly prone to cracking jokes and goofing around. Is Ansi's best friend and Saraline's older brother, and has lived in The Wayne for all his life. 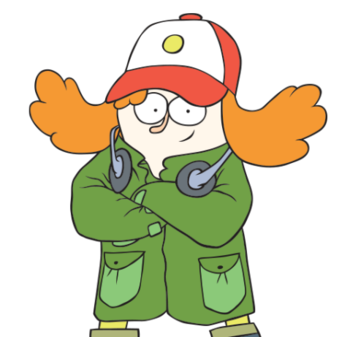 The brains of Team Timbers, an incredibly intelligent and determined girl and Olly's younger sister, who has lived in The Wayne for all her life.

An awkward and pompous but ultimately well-meaning kid, and the first person outside of the core trio to tag along on Team Timbers' adventures.

The son of vampire hunters, who is determined to capture a vampire himself.

An aspiring ninja, and the granddaughter of chief librarian Clara Rhone.

A mysterious young mute who can construct, and communicates through, magical origami figures.

Other residents of The Wayne

An amnesiac but friendly vampire that lives in the Wayne.

The chief librarian of The Stanza, a secret library located in The Wayne.

A mysterious knight connected to The Stanza who guides Team Timbers in several adventures. His identity is finally revealed at the beginning of the second season, when it is revealed he is Jonah Bishop.

Olly and Saraline's parents, who are both inventors.

She is the Wayne's guardian spirit and the most powerful being in the building.

The main villains of the series.

The Spy's boss, he is the leader of Calliope and the Big Bad of the second season. He wants to control The Wayne since "whoever controls The Wayne controls The world".

The Spy from Apartment 8 I

Voiced by: Veronica Taylor (Credited as “Kathleen McInerney” in the web series, credited under her usual name in the TV series)

The Big Bad of the series so far, the Spy from Apartment 8I has a constant watch on Wayne Phenomena and big plans to take over the building.

One of the Spy from Apartment 8I's cohorts. Generally acts as the muscle of the group.