A subpage of the Criminal Case game, focusing on major characters for the first season.

open/close all folders
The Grimsborough PD A detective in the Grimsborough Police Department who is assigned to work with your player character from the start of the game. 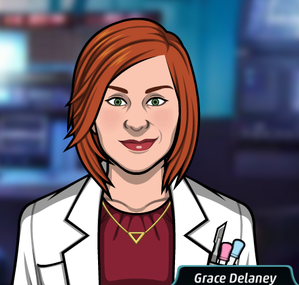 In World Edition
The head of the Grimsborough PD's forensics laboratory, she analyzes different clues for trace evidence and helps you identify unknown substances that come up during investigation. The Grimsborough PD's medical examiner, his main role is to outline how the victims of each case died. The head of the Grimsborough PD's digital forensics team, he helps you to analyze tapes, camera imagery and footage, and computer hardware. The police chief of the Grimsborough PD, he usually chides Jones while praising your player character's efforts - though he's not above flipping out on both of you. A beat cop with a fairly timid disposition and a rather bad reputation for screwing up. 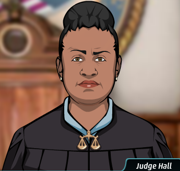 A very stern member of the local judiciary, who appears at the end of the different cases to pass sentence on the convicted killers. 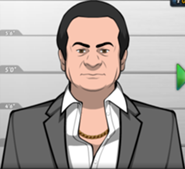 A leading figure in the local Italian mafia, and suspected of involvement in several crimes during the Industrial Area arc. 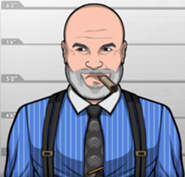 A wealthy business-owner who first appears in the Financial Center arc. 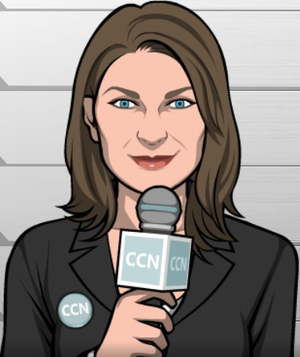 A news reporter who plays a significant role in the Financial Center, where she is always searching for any story on Alden Greene. 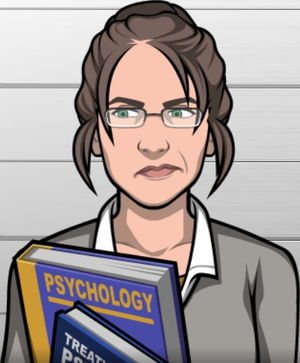 A criminal psychology student whom the player often encounters throughout the University arc. 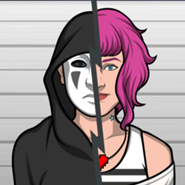 Chief Samuel King's grand-daughter, Cathy is a university student who often poses as a hacker called "The @rtist". She is also Alex's girlfriend. They are now married with a son as of Season 5. 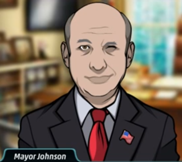 The mayor of Grimsborough, he shows up at least once per arc. He gets major focus during the Maple Heights arc, where he's running for re-election. 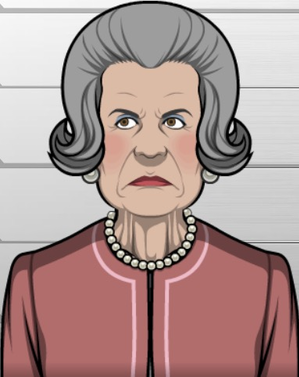 The mother of Mayor Howard Johnson and matriarch of the Johnson family. She first appears in Maple Heights.

A mayor hopeful who regularly appears during the Maple Heights arc as Mayor Johnson's rival. She returns as the mayor in The Conspiracy, at least for a few cases. 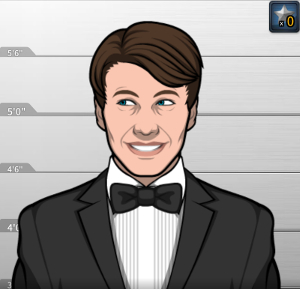 A socialite that the team is forced to keep tabs on on during the Maple Heights arc.