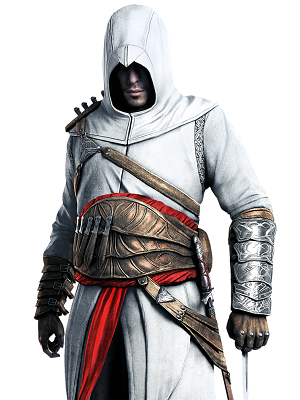 "A small sacrifice to save many. It is necessary." 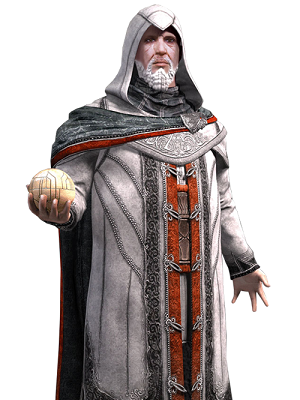 "I learned many things from the Apple. Of life and death, of the past and the future."

"When I was very young, I was foolish enough to believe that our Creed would bring an end to all these conflicts. If only I had possessed the humility to say to myself, I have seen enough for one life, I've done my part. Then again, there is no greater glory than fighting to find the truth."

The player character of the first game. After a horrible mistake that cost the Assassin Order many lives, he has to redeem himself by assassinating nine key figures of the Holy Lands at the time of the Third Crusade. Eventually became the Mentor and leader of the Assassins Order in his time, revolutionizing the way the Order operated.

He is an ancestor of William and Desmond Miles, as well as Clay Kaczmarek (Subject 16). 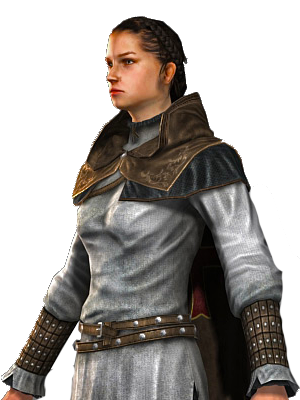 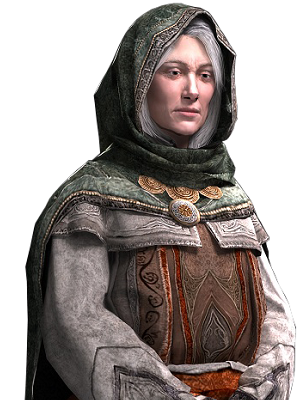 "Everything I worked for in the Holy Land, I no longer want. And everything I gave up to join the Templars... I wonder where all that went, and if I should try to find it again."

Robert de Sablé's personal steward, Maria flouted the gender norms of her time and ran away to fight in the Crusades, seeking honor and glory. Notably, she has acted as Robert's body double on at least one occasion. She later defected to the Assassin's Order and subsequently married Altaïr. 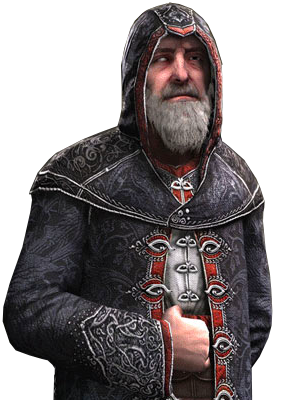 "I applied my heart to know wisdom, and to know madness and folly. I perceive that this also was a chasing at the wind. For in much wisdom, is much grief. And he that increaseth knowledge, increaseth sorrow."

The Mentor of the Levantine Assassin Order. He gives Altaïr the mission to assassinate nine corrupt head figures of the Holy Land as a way for him to earn redemption.

In reality, he was a high-ranking member of the Templars, if not their leader. Once Al Mualim had the Piece of Eden, he sent Altaïr to deal with the other nine Templars in the Holy Land to ensure he would remain unchallenged. Fortunately, Altaïr killed him once he discovered this treachery. 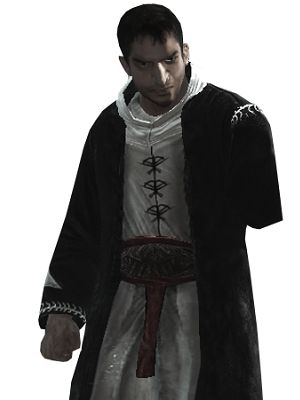 What I would have done is follow the Creed.

"We are one. As we share the glory of our victories, so too should we share the pain of our defeat. In this way we grow closer. We grow stronger."

A member of the Assassin Order. He holds a grudge against Altaïr because his foolishness cost Malik his arm and his brother's life. Since he can't use both arms to fight any more, he's promoted to Rafiq and placed in Jerusalem, leading the Assassins operating there. In the years following Assassin's Creed, he helped Altaïr devise new assassination techniques. 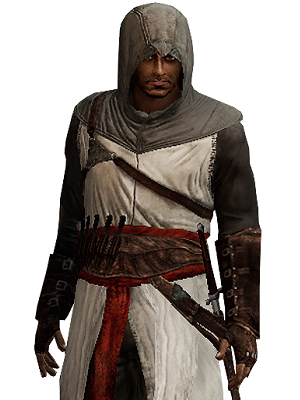 "What is our mission? My brother said nothing to me, other than I should be honored to have been invited."

Malik's younger brother, Kadar is a young but skilled Assassin who idolizes Altaïr. He is killed by the Templars during a botched mission to Solomon's Temple alongside Malik and Altaïr. 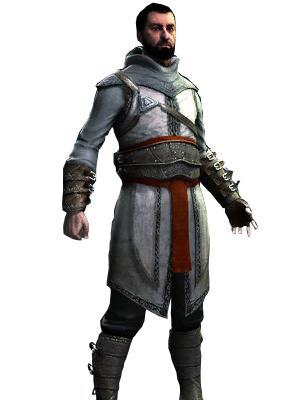 "I will have the Apple, Altaïr! And I will have your head for all the dishonor you brought upon my family! You cannot run forever! Not from us, and not from your lies!"

A member of the Assassin Order. He holds a grudge against Altaïr for believing that he lied about the truth behind his father's death. He appears briefly in the first game, but plays a much larger role in Assassin's Creed: Revelations 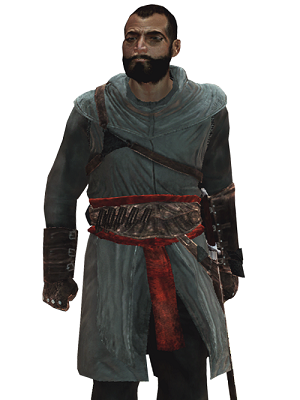 A combat instructor for the Assassin Order and a friend of Altaïr. 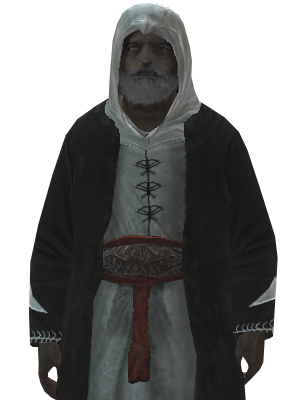 "Remove this stain from Acre, Altaïr. Perhaps it will help cleanse your own."

The Rafiq of Acre, Jabal is a elderly scholar and scribe of the Assassin Order.

"I envy you, Altaïr. Well, not where you were beaten and stripped of your rank, but I envy everything else! Oh, except for the terrible things the other Assassins say about you! But yes, aside from the failure and the hatred, yes, aside from those things I envy you very much!"

The unnamed Rafiq of Damascus, notable for his witty comments and, compared to the other Bureau Leaders, open and friendly. 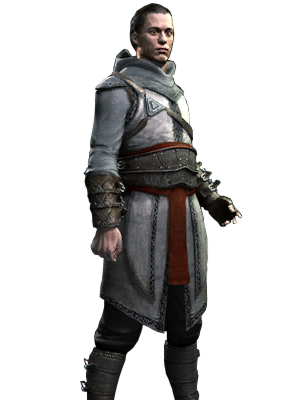 "All that is good in me, began with you, father."

Altaïr and Maria's eldest son. He was trained by them alongside his younger brother Sef. He accompanied his parents on the mission to assassinate Genghis Khan, killing the warlord with the help of Qulan Gal. After returning to the Holy Land, Darim went into exile with his father and his brothers family after Abbas took over the Assassin Order, murdered Sef, and Maria was killed. After Altaïr resumed his status as Mentor, Darim became his father's right hand man in rebuilding the Order. 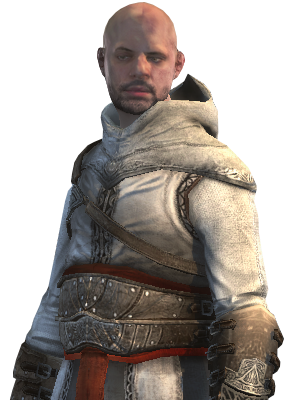 A Venetian merchant and explorer, and the father of the famed explorer Marco Polo. He met Altaïr Ibn-La'Ahad in 1257 and joined the Assassins shortly thereafter.

Niccolò's younger brother who joins the Assassins alongside him.