King Richard I "The Lionheart" of England 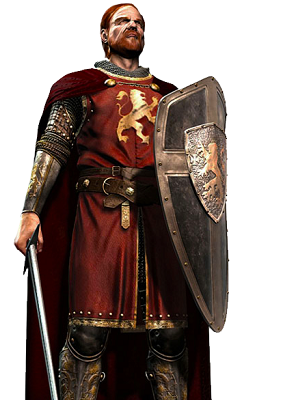 King of England and leader of the Crusaders. He wants to "free" the Holy Lands from Saladin. 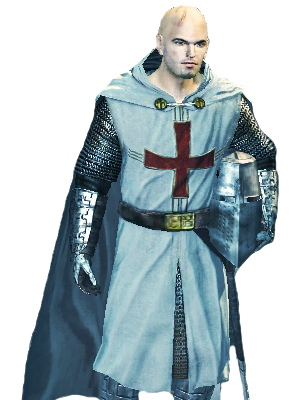 The Grand Master of the Templar Order at the time of the Third Crusade. His goal is to take over the world by using the Pieces of Eden. 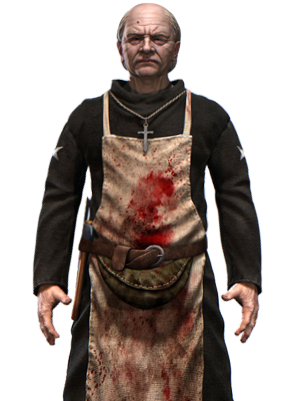 "Do you appease a crying child simply because he wails? 'But I want to play with fire, father.' What would you say? 'As you wish'? Ah... but then you'd answer for his burns."

The Grand Master of The Knights Hospitallers. He performs medicinal experiments on his "patients" in his hospital within the poor district of Acre. 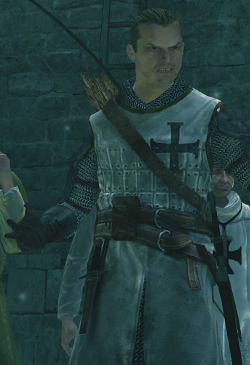 "William and Garnier were too confident, and they paid for this with their lives. I won't make the same mistake!"

Grand Master of The Teutonic Knights. The deaths of his fellow Crusaders turned him into a paranoid wreck, attacking everything that even looked like an Assassin. 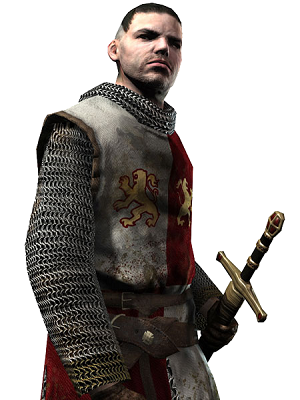 "Disregard for duty is infectious. It shall be rooted out and destroyed. In this way, we may prevent its spread. Am I understood?!"

Lord of Acre under King Richard, he rules Acre with a iron fist. He forces the starving people to leave their food for his troops, and then forces his troops to spend hours of merciless training for the preparation of "The New World". 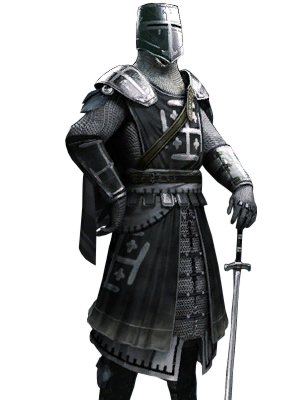 "I am no traitor... for I cannot betray those I never truly loved."

An ambitious individual, Haras was originally an Assassin apprentice, but he got dissatisfied with his slow progression through the Assassin ranks. He defected to the Templars in 1189, leading a sneak attack against Masyaf to capture and kill Al Mualim.

The Grand Master of the Templars after the death of Robert de Sablé. He oversaw the withdrawal of the Templars from the Holy Land to the island of Cyprus, where he was pursued by Altaïr Ibn-La'Ahad.

A Templar under Armand's command who is sympathetic to the Cyprus resistance. He was introduced in Assassin's Creed: Bloodlines

"This is an island of superstitious heathens! Remember, they do not want you here, they do not like you, they do not understand the true meaning of your cause!"

A knight guard of the Templars tasked with training Templars at Limassol Castle on Cyprus.

A religious zealot associated with the Templars. He rules over a fiefdom in the city of Kyrenia on the island of Cyprus.

The twin sons of Moloch.

Appears in: Assassin's Creed (mentioned only)

The sultan of Egypt and Syria, and leader of the Saracen forces during the Third Crusade. 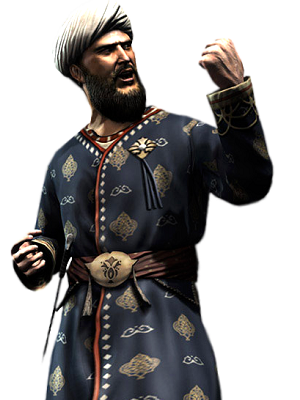 "People of Jerusalem, hear me well! I stand here today, to deliver a warning! There are malcontents among you! They sow the seeds of discontent, hoping to lead you astray! Tell me, is that what you desire? To be mired in deceit and sin? To live your lives in fear?"

Regent lord of Jerusalem, ruling in Saladin's absence. A power hungry tyrant, he holds mock trials in order to execute those who he claims to be "enemies of the state", but in reality they're just there to satisfy his bloodthirst. 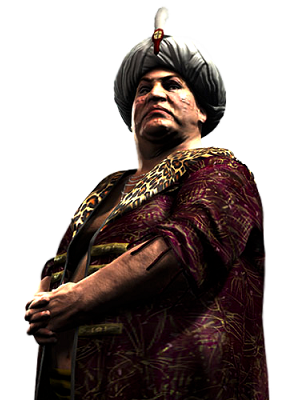 One of the richest noblemen in Damascus, he throws endless parties with the money of the people, leaving them poor and starving. 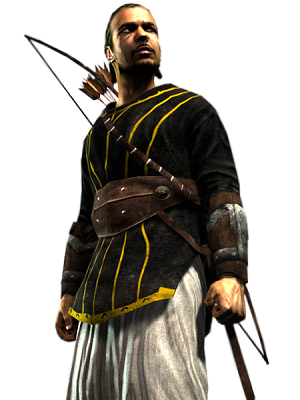 "Why must it always come to violence? It seems I cannot help you, for you do not wish to help yourself. And I cannot allow my work to be threatened. You leave me no choice. You must die."

Talal is a slave driver, operating in Jerusalem. He sends his men to kidnap random people from the streets and then delivers the prisoners to Acre, where Garnier De Naplouse then takes care of them. 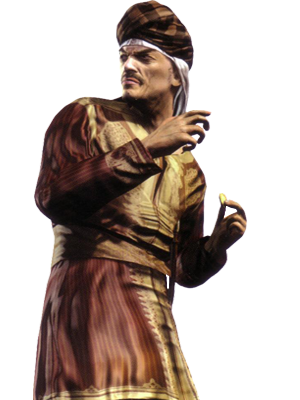 "You think me some petty death-dealer, suckling at the breast of war? A strange target, don't you think? Why me, when so many others do the same?"

Tamir is a merchant who runs a large black market in Damascus, selling weapons to an unknown client (later revealed to be Robert de Sable). He's Altaïr's first assassination target. 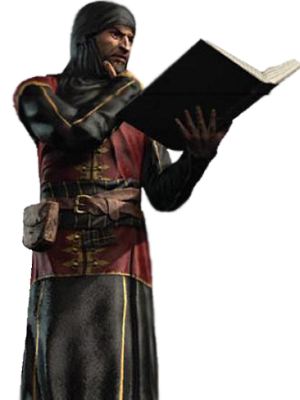 Jubair al Hakim is the head of The Illuminated and the Chief Scholar of Damascus. Despite that, he hates any book that exists, believing them to be the sources of all evil in the world, and so he and his men try to burn every book that exists in the city.