Characters / A Song of Ice and Fire - The Night's Watch - Rangers

This is a listing of rangers of the Night's Watch in A Song of Ice and Fire.

Rangers of the Night's Watch

The rangers of the Night's Watch are the main fighters of the Watch. They are responsible for defending the Wall and scouting beyond it, as well as training new recruits. They are commanded by the First Ranger. 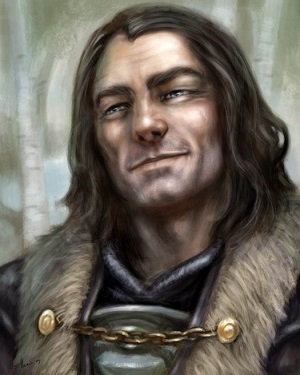 "On the Wall, a man gets only what he earns."

Eddard (Ned) Stark's youngest sibling, Benjen is First Ranger of the Night's Watch at the beginning of the series. Benjen is uncle to Robb, Jon, Sansa, Arya, Bran and Rickon and, in addition to his older brother Eddard, has two other siblings - Brandon and Lyanna - who are deceased. He joins the Night's Watch shortly after Robert's Rebellion ended. He inspires his nephew Jon Snow, the illegitimate son of his brother Eddard, to join the Night's Watch, but disappears shortly afterwards on a ranging beyond the Wall while trying to locate other missing rangers. His disappearance is one of the major mysteries of the series and weighs heavily on Jon.

A noble ranger stationed at Castle Black. He is appointed First Ranger shortly after the election of Jon Snow as Lord Commander. 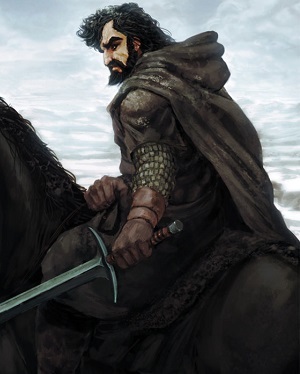 "Tywin Lannister gave us a splendid choice. Take the black, or see our heads on spikes before evenfall." 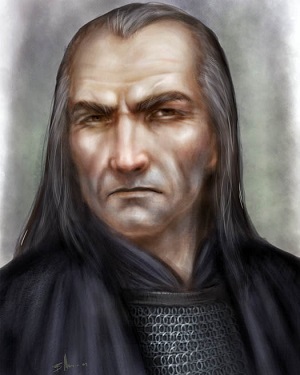 "If the Others ever come for us, I pray they have archers, because you lot are fit for nothing more than arrow fodder."

The master-at-arms of Castle Black, hated by the recruits for his harsh ways. Thorne develops a particular hatred for Jon Snow, leading to many clashes between the two. 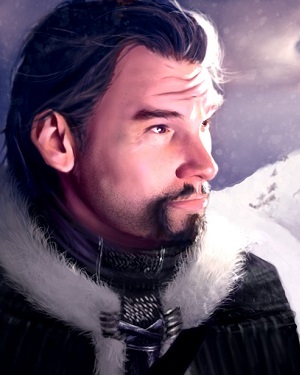 "Mance Rayder means to break the Wall and bring red war to the Seven Kingdoms. Well, that's a game two can play. On the morrow we'll bring the war to him."

A senior ranger of the Night's Watch. He takes part in Lord Commander Jeor Mormont's Great Ranging, but is killed at the Battle of the Fist of the First Men. 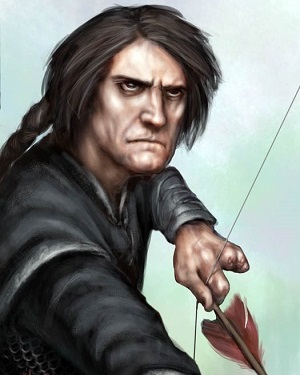 "Why else do we don these black cloaks, but to die in defense of the realm?"

A veteran ranger and second-in-command of Shadow Tower. He leads a group of one hundred Night's Watch members to the Fist of the First Men to join up with Jeor Mormont during the Great Ranging. 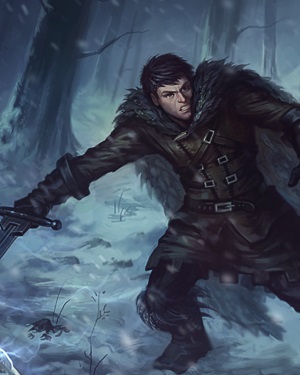 "I am not going back to Castle Black a failure on my first ranging. We will find these men."

As the third son of Lord Yohn Royce of the Vale, Waymar joined the Night's Watch due to the few options available to him. Although inexperienced, his high birth gives him a position of certain authority in the Watch.

A crownlands Knight and commander of the Scouts of the Great Ranging.

Ser Endrew Tarth is a member of the Night's Watch. He is the master-at-arms at Castle Black.

Ronnel Harclay is an officer of the Night's Watch, promoted to acting First Ranger after Thoren Smallwood's death.

A poacher caught on the lands of House Mallister, Will has been a ranger for four years at the start of the series.

"Everyone talks about snows forty foot deep, and how the ice wind comes howling out of the north, but the real enemy is the cold."

An experienced ranger of the Night's Watch. He joined as a boy and has served for more than 40 years. 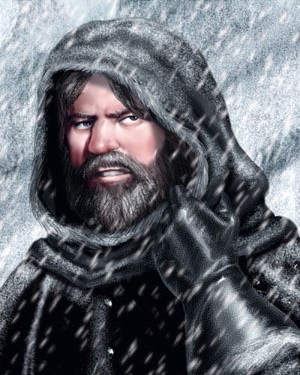 "Sometimes I think everyone is just pretending to be brave, and none of us really are. Maybe pretending is how you get brave, I don't know."

A fellow recruit alongside Jon Snow, who he becomes friends with. Assigned to the Rangers after completing training. 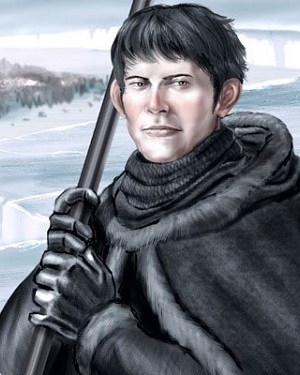 Another recruit trained alongside Jon, Pyp was a mummer before coming to the wall. Assigned to the Rangers after completing training.

A son of a winesink owner, Todder is a recruit who trained alongside Jon and the others. He was assigned to the rangers after training.

"No man in Castle Black knew the woods as well as Dywen did, the trees and streams, the plants that could be eaten, the ways of predator and prey."
—Jon Snow

An experienced Ranger and the best tracker in the Night's Watch. He was a forester before joining the Watch.

"The mountain is your mother. Cling to her, press your face up to her teats, and she won't drop you."

A ranger from the Shadow Tower who travels with Qhorin Halfhand and Jon Snow.

"Ebben can make any man give up his secrets."
—Qhorin Halfhand

A ranger from the Shadow Tower who travels with Qhorin Halfhand and Jon Snow.

An elderly ranger from the Shadow Tower who travels with Qhorin Halfhand and Jon Snow.

A forty-year-old ranger who joined the Night's Watch when he was ten.

Ulmer of the Kingswood

An elderly ranger who had once been part of the Kingswood Brotherhood.

A wildling who joined the Night's Watch after being captured.

A ranger who takes part in the Great Ranging and the conspiracy to kill Lord Commander Mormont and several black brothers to desert and flee south of the Wall. He later becomes one of the ringleaders of the mutiny at Craster's Keep.

A Tyroshi ranger who lost a hand for thievery and got sent to the Wall after being found in bed with a knight's wife. He takes part in the Great Ranging and the conspiracy to kill Lord Commander Mormont and several black brothers to desert and flee south of the Wall. He later becomes one of the ringleaders of the mutiny at Craster's Keep.

A ranger who takes part in the Great Ranging and the conspiracy to kill Lord Commander Mormont and several black brothers to desert and flee south of the Wall. A former rapist boasting of having raped a hundred women in his youth.

A ranger who committed mutiny at Craster's Keep

A ranger who accompanies Smallwood's scouting parties beyond the wall.

A Ranger who assists Jon in dealing with the wildings.
Black Bernarr

A member of the Great Ranging.
Bearded Ben

One of the Rangers archers.
Duncan "Big" Liddle

A Ranger from House Liddle.
Rory

A Ranger accustomed to login beyond the wall.
Deaf Dick Follard

An aging Crossbowman stationed at Castle Black.
Arron and Emrick

Twin brothers from Fair Isle and promising recruits who are accepted into the Rangers.
Tim Stone

A survivor of the Great Ranging.
Garth Greyfeather

A Ranger known for his skills with the bow, and a survivor of the Great Ranging.