Characters / A Song of Ice and Fire - The Night's Watch - Stewards

This is a listing of stewards of the Night's Watch in A Song of Ice and Fire.

Stewards of the Night's Watch

"The order of stewards keeps the Watch alive. We hunt and farm, tend the horses, milk the cows, gather firewood, cook the meals. Who do you think makes your clothing? Who brings up supplies form the south? The stewards."
—Chett

The stewards of the Night's Watch are the largest of the three main services in the order. They are responsible for maintaining the day-to-day functions of the castles on the Wall, including cooking, cleaning, smithing, hunting, and other vital tasks. They are commanded by the First Steward. 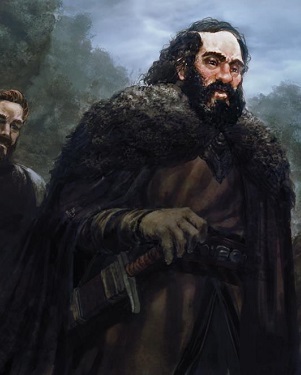 "Take the high ground and win the battle, my uncle used to say. No ground is higher than the Wall, Lord Commander."

A member of House Marsh from the Neck, Bowen is Lord Steward of the Night's Watch and an advisor to Lord Commander Jeor Mormont. 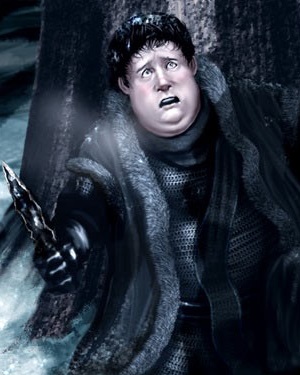 "The worst isn't done. The worst is just beginning, and there are no happy endings."

A Sworn Brother of the Night's Watch introduced in the first novel, Sam later becomes a point-of-view character in the third book. A self-confessed Dirty Coward, Sam is fat, weak and soft, preferring the songs of harps to combat-training but he is extremely book smart and loyal. He is essentially disowned by his father, Lord Randyll Tarly of Horn Hill, and shipped off to the Wall. Fortunately, he has found close friends in the Nigh's Watch and his book smarts prove to be an asset to the Watch, garnering Sam a solid place in the order. Despite Sam's beliefs about himself, he has shown bravery and tries to do the right thing. He is currently at Oldtown training to become a maester for the Night's Watch. 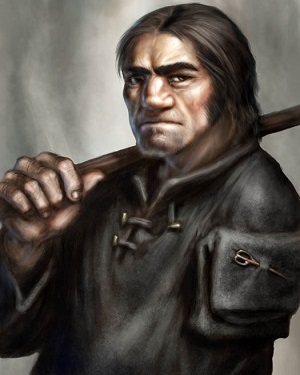 "His treasures were his tools, and the swords and knives he made. His life was at the forge."
—Jon Snow's thoughts on Noye

The blacksmith of the Night's Watch. Noye had served the Baratheons during Robert's Rebellion, losing his left arm during the Siege of Storm's End. He took the black after recovering and became the smith of Castle Black.

Sigorn, the Magnar of Thane (a veteran war leader), wiping out the whole of Sigorn's company during the attack on Castle Black.
Eddison Tollet 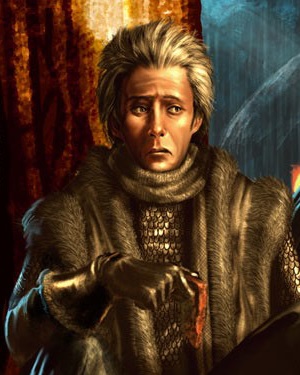 "Have you noticed that the rain stopped the instant I had a roof above me? It will start again now that I’m back out. Gods and dogs alike delight to piss on me."

An older steward who befriends Jon Snow and his group on the Great Ranging, he always has a sour and/or amusing comment ready for any situation. Edd is well-liked by Jon, Sam, and most of the Night's Watch. 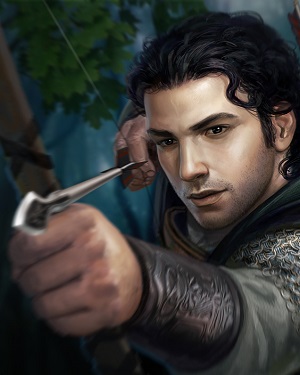 A whore from Oldtown who was born and raised in a brothel.

An assistant to Maester Aemon, he serves as a secondary healer and raven keeper for the Night's Watch. Clydas is in his sixties and is bald, short, and ugly.

A simple-minded and amiable steward.

Hailing from the village of Hag's Mire near The Twins, Chett was sent to the Wall for killing Bessa, a girl who spurned his advances. He served as one of Maester Aemon's personal assistants until he was replaced by Samwell Tarly. He was made the keeper of the Night Watch's dogs and participates in the Great Ranging.

A steward who takes part in the Great Ranging and the conspiracy to kill Lord Commander Mormont and several black brothers to desert and flee south of the Wall. He later becomes one of the ringleaders of the mutiny at Craster's Keep. 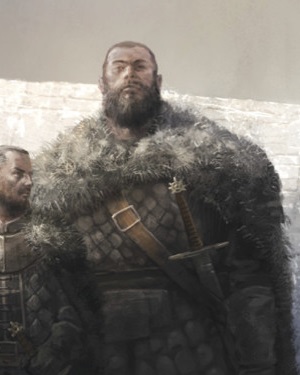 A dim-witted steward and a member of Chett's conspiracy.

The squire of Ser Malladore Locke, who claims to be a bastard of House Lannister. 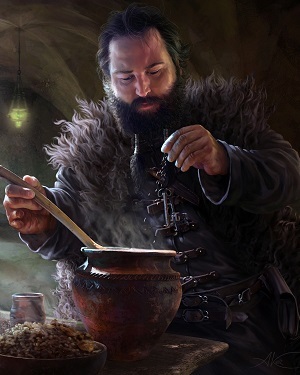 The head cook of Castle Black.

A steward who finds Alys Karstark as she comes to the Wall.
Kegs

A steward who helps with the preparations for the Free Folk Siege.
Old Henly

A delusional Steward who takes part in the Battle of Castle Black.
Jeren

One of Jon's fellow recruits, who is sent to the Stewards.
Wick Whittlestick

A Steward who returns from the Great Ranging. Described as a man in his prime.
Hake

A cook who takes part in the Great Ranging.
Red Alyn of the Rosewood

Red Alyn of the Rosewood

A steward and stone carver at Castle Black.