Funny / Spider-Man: Into the Spider-Verse 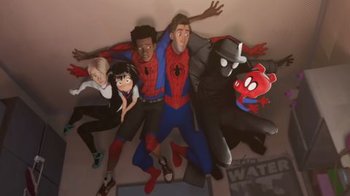 "Do animals talk in this dimension? 'Cause I don't wanna freak him out."
Advertisement:

WARNING: Per wiki policy, Spoilers Off applies to Funny Moments pages. All spoilers will be unmarked!