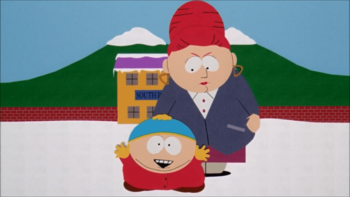 Considering this is The Movie based on one of the funniest shows of all time, you’re gonna be here a while.