Nightmare Fuel / Spider-Man: Into the Spider-Verse 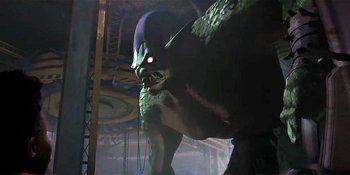 Spider-Man: Into the Spider-Verse features lots of this coming from Miles especially, since he's still a kid.
Advertisement: