Tear Jerker / Spider-Man: Into the Spider-Verse 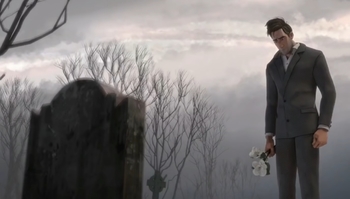 "I buried Aunt May, my wife and I... split up... but I handled it like a champion!"
"Miles, the hardest thing about this job is... you can't always save everybody."
— Spider-Ham, of all the characters.
Advertisement:

Under its subversive, humorous, comic-book style tone, Spider-Man: Into the Spider-Verse actually has its fair share of surprisingly deep and emotional moments.