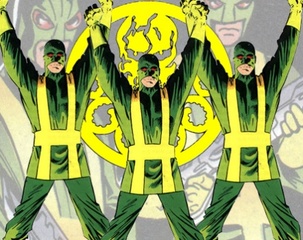 Madame Hydra has her own subpage.