The Blue Clan, led by Reisi Munakata. They are the sworn enemies of HOMRA. On the surface, they are a sector in the government, meant to deal with supernatural activities. Though highly organized and technologically advanced, the members lack the strong sense of kinship that the HOMRA members have. 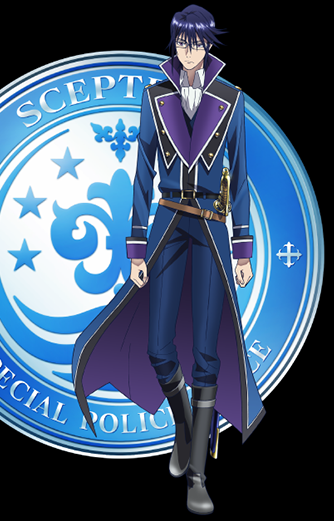 Voiced by: Tomokazu Sugita (Japanese), Patrick Seitz (English)
"We of SCEPTER 4 carry out our duties as men of the sword. We do not allow disorder on consecrated land, we do not allow violence in this world, we clear the fog that threatens our boundaries! Men, draw your swords!"

The Fourth and Blue King. Leader of SCEPTER 4. 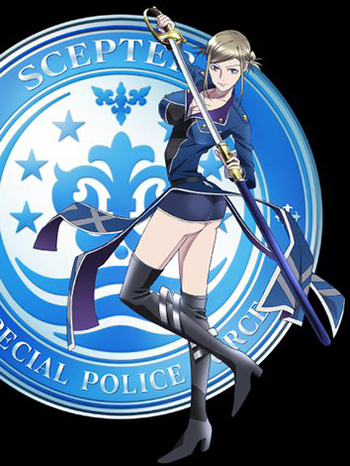 Voiced by: Miyuki Sawashiro (Japanese), Tara Platt (Season 1), Carrie Keranen (Movie and Season 2) (English)
"Yes, of course. And if our eyes and ears [spies] do not quickly produce results, we shall eliminate them." 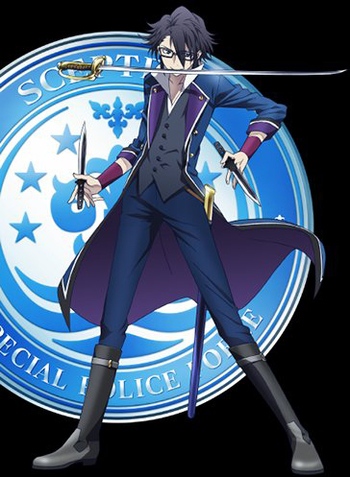 The third-in-command of Scepter 4. A lazy, rather bored young man who is younger than both Reisi and Seri. He used to be a member of HOMRA before he switched sides, claiming that he didn't fit in with them and because he is seeking more power. It turns out another part of it is to get Misaki's attention, and though he won't not admit it, he sees Munakata as the good father figure he never had.