"No blood! No bone! No ash!"
Advertisement:

Also known as the Red Clan, HOMRA is a gang where bonds run thicker than blood. All the members have the ability to control fire. Led by Mikoto Suoh, the Red King, their headquarters are located in a bar owned by Izumo Kusanagi. 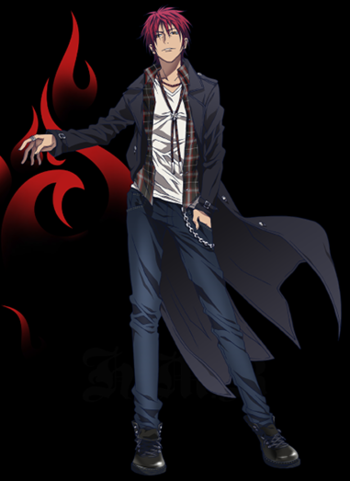 The Third and Red King. A stoic man of few words, he is the leader of HOMRA. Mikoto is captured by SCEPTER 4 in the beginning of the series. 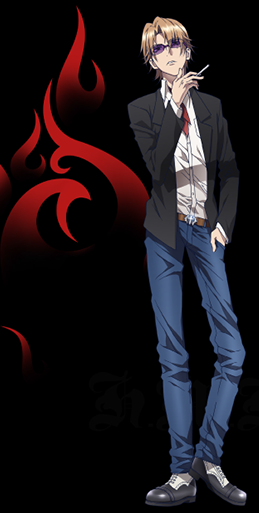 Voiced by: Takahiro Sakurai (Japanese), Todd Haberkorn (English)
"As long as that video exists, we will be able to get somewhere."

The tender of the bar that serves as the HOMRA headquarters. He is also Mikoto's second in command. 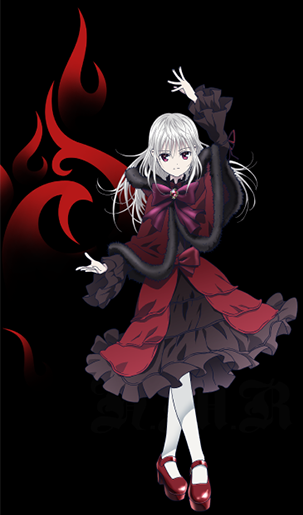 Anna is a little girl who is only eleven years old. Usually in the company of Mikoto, she doesn't talk a lot. She can detect people and read their minds using her red marbles. 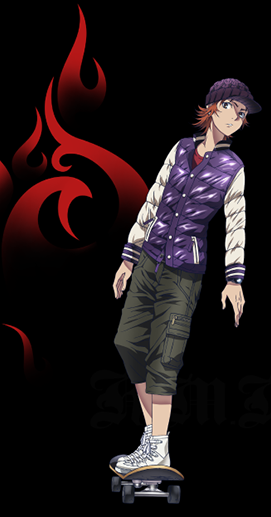 Voiced by: Jun Fukuyama (Japanese), Ben Diskin (English)
"I have no reason to listen to you, Blues."

The loudest and brashest member of HOMRA. He's childish, aggressive and quick-tempered, but with plenty of Hidden Depths. 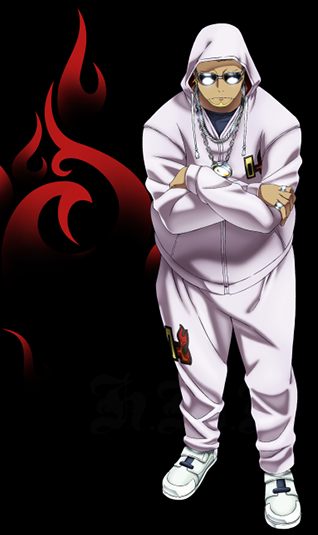 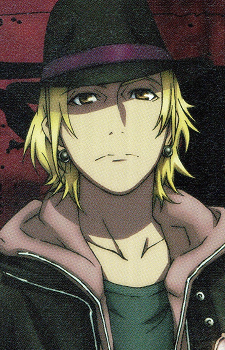 Misaki's buddy, a large man who wears shades. He can change his body weight according to the season, being fat during winter and thin during summer. 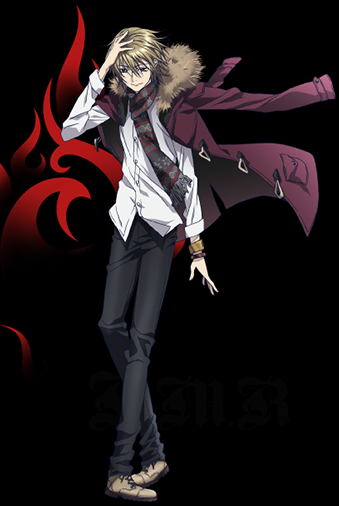 Voiced by: Yūki Kaji (Japanese), Lucien Dodge (English)
"Hello there. I'm here to take some pictures of the night-time scenery, but what about you? My name is Tatara Totsuka, what's yours?"

The kindest, nicest member of HOMRA. He was killed by Yashiro before the story began. His death is one of the events that set the plot into motion. Voiced by: Saitou Hironori (Japanese), Christopher Corey Smith (English)
"I have become powerful. I can fight on my own, now..."

A young man who joined HOMRA for the single wish of gaining the power to save his childhood friend from being used by drug dealers, but later realizes there is more to HOMRA than just power, and becomes fiercely loyal. He is the main character of the first two chapters of the manga K - Memory of Red. Voiced by: Junichi Yanagita (Japanese), Kirk Thornton (English)
"You moron! Didn't I tell you? Your comrades aren't just people that come with the package."

Shouhei's best friend since they were young, who has a bit of an inferiority complex towards him. A member of HOMRA who likes visiting clubs and hitting on women, once which almost cost him his life. He is the main character of Chapter 3 of K - Memory of Red. 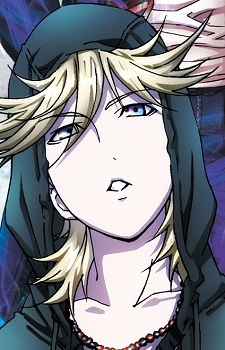 One of the main characters of Chapter 4 and 5 of K - Memory of Red. A young man who was taken in by Fujishima one day, into the bar HOMRA. One of the main characters of Chapter 4 and 5 of K - Memory of Red. A kind-hearted young man who took Eric in after finding him lying half-dead on the side of a road. He often tries his best to watch out for his new ward.