Characters / K - Other Kings And Other Characters 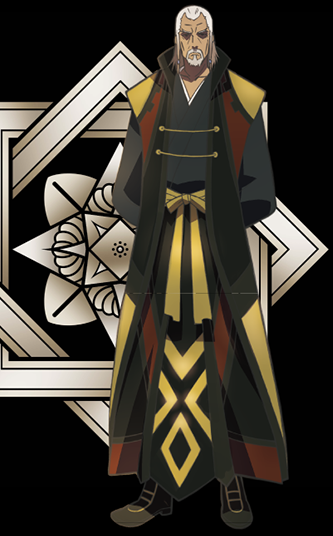 The 2nd King, the Gold King. He plays a supporting role behind the scenes. 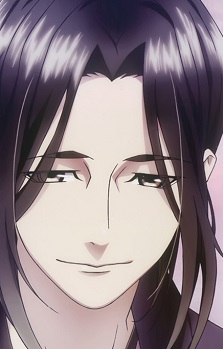 The former 7th King, the Colorless King. A father figure to Kuroh Yatogami, he asked him to find and slay the next Colourless King if he was revealed to be evil.

Voiced by: Satomi Sato (Japanese), Carrie Savage (Season 1), Janice Kawaye (Movie) (English)
"Is anyone free right now? We need someone to run an errand for the student council!"

Yashiro's energetic, kindly classmate, and a member of the student council.

Yashiro's friend and classmate, a typical teenage boy who has a crush on Kukuri.

Sakura Asama
Voiced by: Nozomi Yamamoto (Japanese), Colleen O'Shaughnessey (English)
"Thanks to the President's interference, everything was kept under control. If she hadn't come in the nick of time, who knows what would've happened?"

The vice-president of the student council.

The president of the student council.

The sister of Adolf K. Weismann, who died in the WWII bombing of Dresden.

Niki Fushimi
Voiced by: Shin-ichiro Miki
"Hahahahaha! My little monkey got angry, he got angry!"

Fushimi Saruhiko's father, a genius who lends his talents to no one and loves pulling "pranks" on his son.

Maria Yubikiri
"Of course. I promised, didn't I?"

A character from the side-manga Memory of Red, who features in Chitose's arc.

Basashi/White Bean Paste Stewed Tofu
A horse Strain that appears in the prequel manga, K - Memory of Red. Anna befriended it after it ran away from SCEPTER 4's custody out of a desire to see its former owner get married at her wedding. It is capable of changing its form into a pegasus, but can't actually fly. He reappears in Days of Blue, this time getting hijacked by another Strain.
Spoiler Character 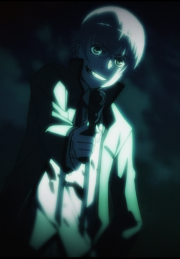 "I am the seventh king, the Colorless King! I'm waiting for someone here. A nice night, you say? Indeed it is."

The current self-proclaimed Colorless King. A mysterious man who was caught killing Tatara Totsuka in cold blood in a video clip where he looks exactly like Shiro. He remains a mystery through the series.