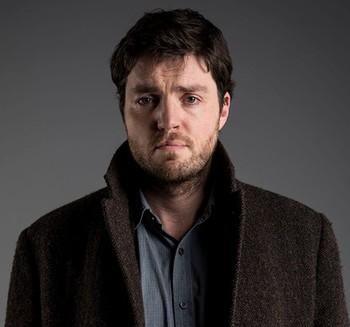 A former military police investigator who became a private detective after losing his leg in Afghanistan. 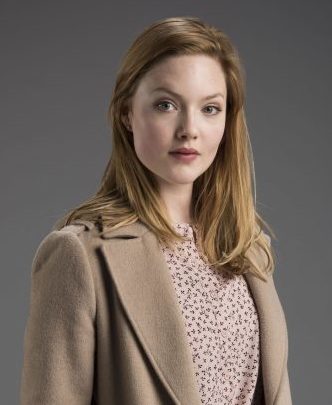 Robin’s fiancé. An accountant in an important firm.

Cormoran’s younger sister on his mother’s side.

Cormoran's mother, a semi-famous groupie who died of an overdose.

Strike’s former fiancé and on-again off-again girlfriend of many years.

Strike's father and a famous rockstar.

Strike's half-brother on his father's side (from Rokeby's third, and current wife). The only person on that side of the family with whom Strike keeps in regular contact.

Another of Rokeby's children, illegitimate like Strike. She is mentioned in passing in the first book and reaches out to Strike in Troubled Blood trying to help mediate Strike and Rokeby's difficulties. Little else is known about her, although she is presumably married, as her surname isn't the same as either Rokeby's or her mother (an actress named Lindsay Fanthrope)'s, and in the fifth book Al makes a passing mention of the "families" throwing a party for Rokeby in a way which implies that at least some of Strike's paternal half-siblings have families of their own.
Luke, Jack and Adam

Rokeby's daughters from his second marriage. Their mentioned in the first book and then never referenced again until Troubled Blood.
Ted Nancarrow

An old friend from Strike's past with an entrepeneurial view of the law.

A former soldier investigated for drug offences by Strike during his army days. Barclay uncovered contractors defrauding the British taxpayer, who then planted drugs in his possession. Strike saw the charges against Barclay dropped, but could not prevent his court martial. He later hires Barclay as a freelance investigator and has him infiltrate Jimmy Knight's gang.

An ex-policeman hired by Strike between the third and fourth books at the recommendation of Eric Wardle.
Pat Chauncey
A new secretary at the agency.
Sarah Shadlock
An acquaintance of Robin and Matthew who seems to have more than platonic feelings for him.
Tom Turvey

A journalist specializing in scandal and stories about the rich and powerful.
Max Priestwood

Robin's flatmate beginning in the fifth book, an actor.

The detective with the Metropolitan Police who led the Lula Landry case and later becomes involved with the Shacklewell Ripper case.

A detective with the Metropolitan Police who was involved in the incident that cost Strike his leg. The lead detective in the Owen Quine case.

A detective in the Metropolitan Police. The lead detective on the Shacklewell Ripper case.

A detective who first appears near the end of Lethal White.

Characters from The Cuckoo's Calling

For characters introduced in The Cuckoo's Calling, see here.

Characters from The Silkworm

For characters introduced in The Silkworm, see here.

Characters from Career of Evil

For characters introduced in Career of Evil, see here.