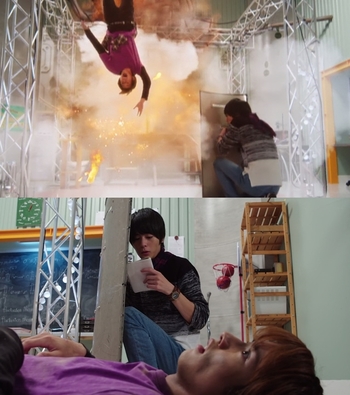 Just because this Kamen Rider series is possibly even darker than its predecessor doesn't mean that there isn't a ton of Mood Whiplash which will help you cope with Japan being divided in 3 states which are at the brink of war against each other and the characters going through insane amounts of conflicts and hardships.

Episode 1: That One with a Best Match
Episode 2: The Innocent Runaway
Episode 3: Borderline Of Justice
Episode 4: The Testimony Will Be Zero