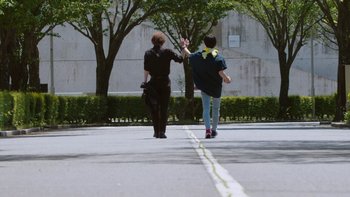 RABBIT! DRAGON! IT'S A PERFECT MATCH!

open/close all folders
Episode 1: The One with a Best Match
Episode 2: The Innocent Runaway
Episode 3: Borderline of Justice
Episode 4: The Testimony Will Be Zero

Episode 6: Moonsault Of Anger
Episode 7: The Devil Scientist
Episode 8: What the Memories Tells You
Episode 9: The Project Build Trap
Episode 10: Technology of Destruction