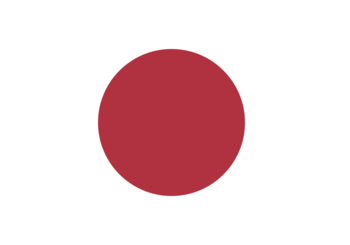 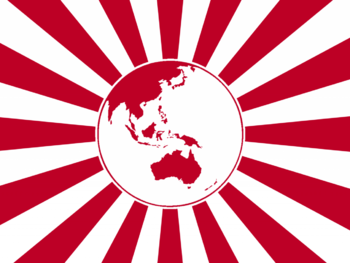 Official Name: Empire of Japan
Ruling Party: Yokusankai - Conservative Mainstream
Ideology: Fascism
After the nuclear bomb fell on Pearl Harbor, and the final base of Chinese resistance was crushed at Chongqing, the Empire of Japan became an undisputed superpower, dominating over Asia and the Pacific. As times of peace came, new problems quickly emerged. The massive Co-Prosperity Sphere quickly became an unmanageable patchwork of puppets, protectorates, and governorates. In its shadows rose many powerful and competing political cliques, turning Japanese politics into a shadow battleground. As one of the three superpowers of the world, Japan must find its footing in the world of 1962, or else its intricate network of political intrigues will unravel and collapse at the slightest touch.
General Tropes
Hirohito 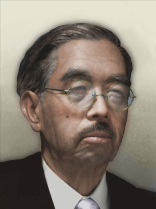 Emperor Hirohito is the son of the Taishō Emperor and the sovereign of Japan. The Shōwa era under his reign saw Japan rapidly expand from a Pacific power to a global superpower. The aging Emperor lives in reclusion from the public, but the world is changing, and the Empire rattles around him. The people look up to their divine Emperor, but what will the Emperor do in return? 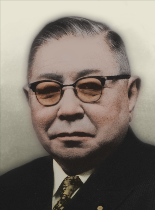 Party: Yokusankai - Conservative Mainstream
Ideology: Fascism
The current Prime Minister of Japan, Ino took the position by making strategic backroom deals with the Army to defeat the former Prime Ministers, Hideki Tōjō and Kōichi Kido. Japan under Ino took a turn for the worse however, as corruption infiltrated all corners of Japanese politics, worsening political factionalism, weakening the Taisei Yokusankai, and killing Ino's popularity. Ino's downfall is all but inevitable, but who will replace him?
Ikeda Masanosuke 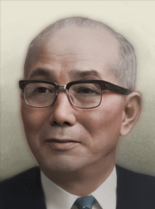 Party: Yokusankai - Conservative Mainstream
Ideology: Fascism
Masanosuke Ikeda represents the Conservatives of the Taisei Yokusankai, and is one of the three prime candidates to replace Ino. Ikeda wants to preserve the status quo of Japan and the Sphere, and fix the things that went wrong without falling into blind radicalism. However, as a staunch follower of Ino, Ikeda will have to directly face Ino's rotten legacy, and how he deals with it may make or break his tenure.
Takagi Sōkichi 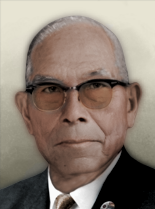 Party: Yokusankai - Anti-Mainstream Conservative
Ideology: Authoritarian Democracy
Sōkichi Takagi leads the Liberal faction in the Taisei Yokusankai, and is another of the three major candidates for Prime Minister following Ino's ouster. A former admiral with a distinguished service during the Pacific War, Takagi has the support of his IJN contacts, and also the liberal-minded sections of the government and the public. Should Takagi succeed, he aims to implement major reforms to end corruption, unite the Yokusankai, halt Japan's militarization, and revitalize the economy.
Kaya Okinori 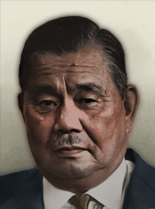 Party: Yokusankai - Reform Bureaucrats
Ideology: National Socialism
Okinori Kaya, former Japanese Minister of Finance, is the leader of the Reform Bureaucrats in the Taisei Yokusankai, a faction of bureaucrats that advocate for a corporatist state-planned economy. Succeeding Kōichi Kido as the Reform Bureaucrats' leader after Kido's fall, Kaya has avoided Kido's fate by carefully earning the Army's support, convincing them that he would defend their interests. As one of the three major candidates for prime minister after Ino's ouster, Kaya desires to reform the government, the economy, and the military, and turn all them into efficient apparatuses of the state. 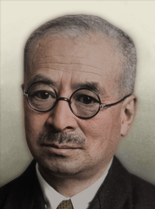 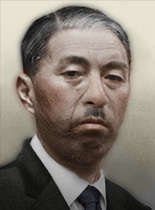 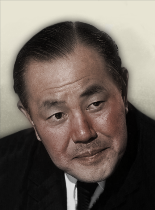 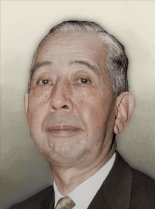 In the industrialized landscape of Manchukuo, million of nameless men give their lives to endlessly produce for their Japanese overlords. The director of this factory of blood and tears is Nobusuke Kishi. A capable and ruthless bureaucrat, Kishi's engineering of Manchukuo and network of connections made him the most powerful bureaucrat in the Empire, but he has ambitions far beyond Manchukuo. He envisions the National Defense State, a totalitarian entity built upon exporting his industrial model across the Empire, whose powers will utterly dominate the Pacific.

Times of chaos bring opportunities to ruthless careerists, so the Devil of Shōwa plots and waits for his opportunity. When he feels that chaos has gripped Japan, the Devil of Shōwa will awaken and rise from hell, and an entire generation will be scorched under the infernal flames of the Rising Sun.