Characters / Once Upon A Time Seattle

An entirely different curse that has brought residents from another Enchanted Forest to the city of Seattle, Washington as a whole and one of its neighborhoods called Hyperion Heights. These make up the supporting cast in the seventh season. 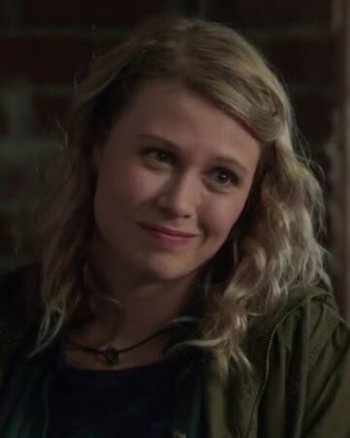 "But I'm not like you. I'm not an outcast. I'm not an orphan or a street rat or some crazy girl who's lost her way."
Played By: Rose Reynolds, Elle Mc Kinnon (child)
Centric Episodes: "The Girl in the Tower", "The Guardian"

One of Weaver's street informants. In reality, she has traveled many realms. She is also Wish!Hook and Gothel's daughter. 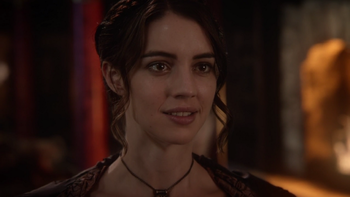 "Henry, apples don't fall too far from the family tree and, like my mother, I have done some horrible things and, like her, I need to fix them."
Played By: Adelaide Kane, Anna Cathcart (teen), Lula Mae Melenchuk (child)
Centric Episodes: "Wake Up Call", "Sisterhood"

Cinderella's evil stepsister, who has her own story. 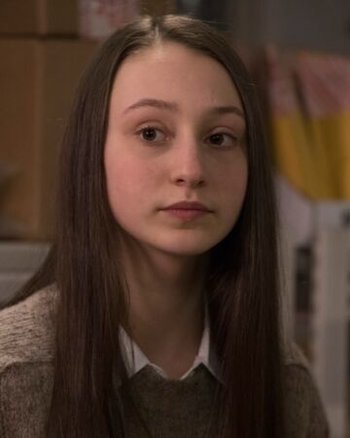 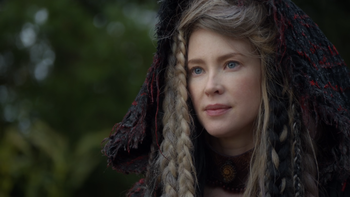 "I've been a gardener my whole life. And I can honestly say there is no greater pest than humanity."
Played By: Emma Booth
Centric Episodes: "Eloise Gardener", "Flower Child"

A tree nymph with power over plants. She was apparently forced into working with Victoria after she was imprisoned. She is actually manipulating both her and Ivy, and has plans to eradicate all of humanity. 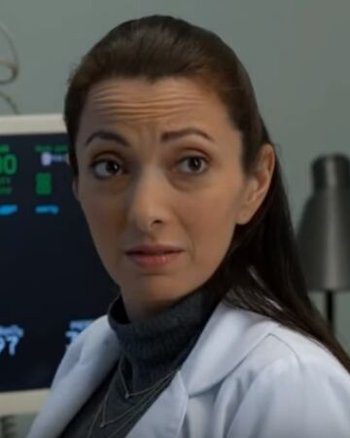 A doctor at the Hyperion Heights hospital, who is actually a member of the Coven of the Eight. 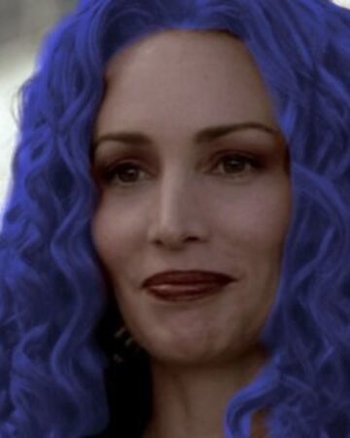 "You dare interrupt my séance?! I am Madame Leota, maestro medium."
Played By: Suzy Joachim

A recruit of the Coven of the Eight. 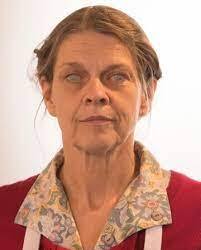 A member of the Coven of the Eight who owns a sweet shop in Seattle and is seemingly killed by Tilly. 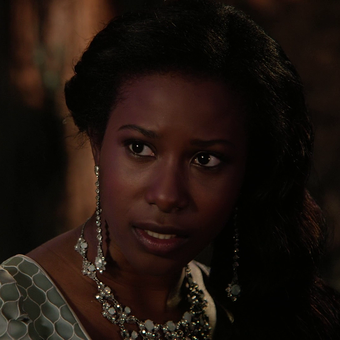 "I'm like you, but you're braver than I could ever be. I hid who I was because I was afraid they would've come for me."
Played By: Naika Toussaint
Jack/Nick Branson 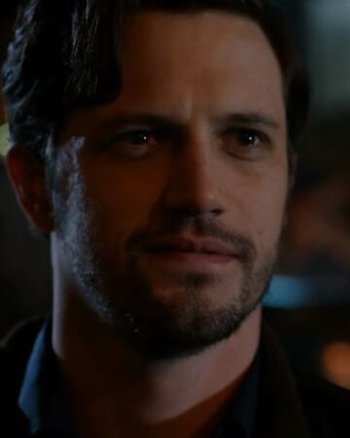 "And then when we slayed all those giants and you decided I was Jack the Giant Killer. And suddenly I... I was a hero."
Played By: Nathan Parsons, Seth Isaac Johnson (child)
Centric Episodes: "Chosen"

An old friend of Henry from the new Enchanted Forest and Gretel's brother. In Hyperion Heights, he is an old flame of Jacinda and Lucy's supposed father, as well as the one killing members of the Coven of the Eight. 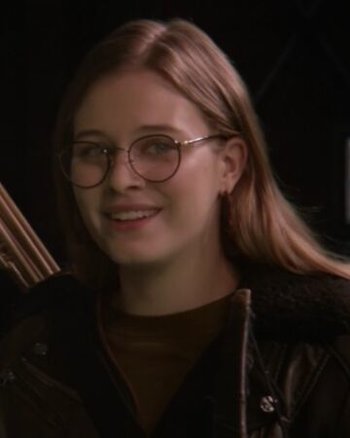 "Sometimes you just have to look up and face your problems."
Played By: Tiera Skovbye, Abigayle Laura Mutch (child)
Centric Episodes: "Secret Garden", "The Girl in the Tower"

The daughter of Zelena and Robin Hood, who is named after the latter.

Her Hyperion Heights counterpart, Margot, is a former student returning home from Tibet. 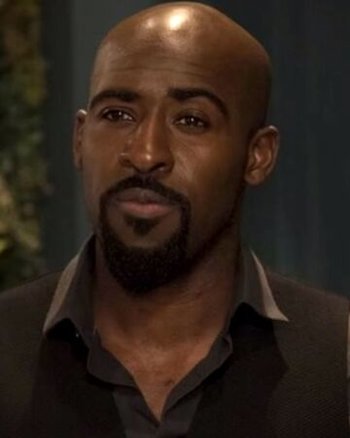 "Even a storm can sneak up on a man if he's not careful."
Played By: Daniel Francis

A sinister witch doctor who manipulates Tiana on a couple of occasions, and who has a past with Regina. 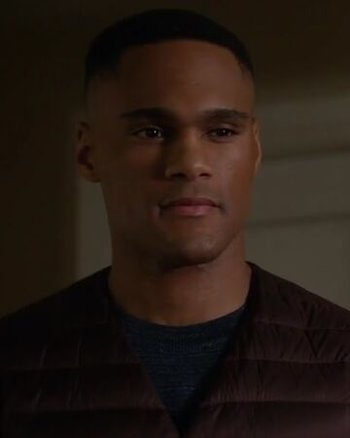 An egotistical but well meaning prince who meets Tiana in the Enchanted Forest whilst the two are searching for a man eating crocodile. He ends up in service to Doctor Facilier when Tiana barters for his life after receiving a mortal injury. In Hyperion Heights Drew is an old friend of Sabine's from culinary school who is in service to Baron Samdi and is forced to carry out his whims. 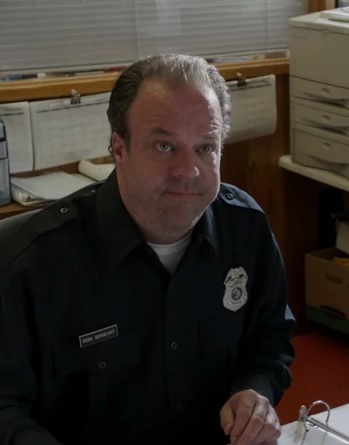