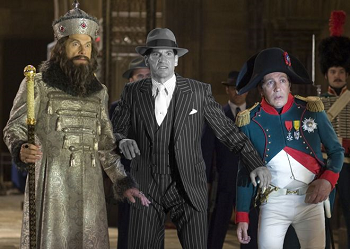 Monster Mash is fun and all, but it's just a little too cheesy. Hey, we've got all these colorful historical figures, why not throw them all together, even if they never interacted with each other in real life?

See also Army of The Ages, for fighting forces composed of warriors from different eras who aren't famous figures.