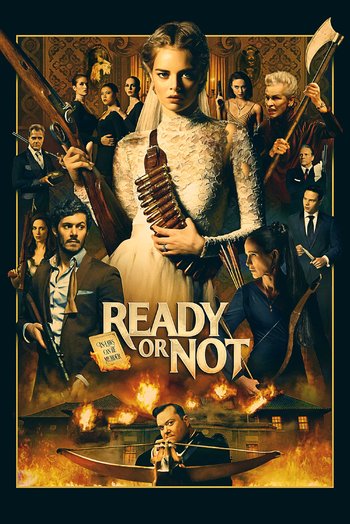 In-laws can be murder.
Advertisement:

Grace (Weaving) has just gotten married to Alex Le Domas (Mark O'Brien) and joined his family's boardgame and sports "dominion". On the night of their wedding, Alex's family asks Grace to participate in their tradition; every new member of the family must play a game with the others, which is determined by the drawing of a card from a strange old puzzle box. Everyone expects that it will be a standard round of some classic boardgame, but when Grace draws the card for Hide and Seek, everyone else goes strangely quiet.

Grace is told she must stay hidden until dawn, but she soon learns that her new in-laws are hunting for her while heavily armed with an arsenal of various weapons. One small detail they neglected to mention is that there is a twist to the game; the hider needs to be dead if the seekers want to win, and so Grace must keep hiding or fight back if she wants to survive.

No relation to the book, series, or video game that all share the same title.

This film marked the first theatrically released horror film distributed by Disney in 7 years, having not released such a film since Frankenweenie.

Alternative Title(s): Ready Or Not