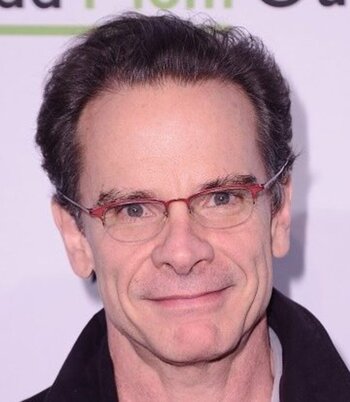 Peter Thomas Scolari (September 12, 1955 – October 22, 2021) was an American stage, film, television, and voice actor, best known for his sitcom roles as Henry Desmond on Bosom Buddies and Michael Harris on Newhart. He received three Primetime Emmy Award nominations for his work on the former series and won for Outstanding Guest Actor in a Comedy Series for his recurring role as Tad Horvath on Girls in 2016.

Scolari was married four times and had four children. He passed away in October 2021 after a two-year battle with cancer. He was 66.