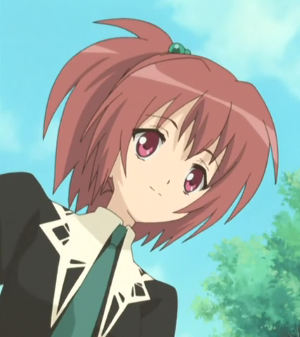 Nagisa Aoi is the main protagonist of "Strawberry Panic!" Nagisa transfers to an all-girls school named St. Miator Girl's Academy, the result of her parents traveling overseas for work, whereas Nagisa chose to stay behind. 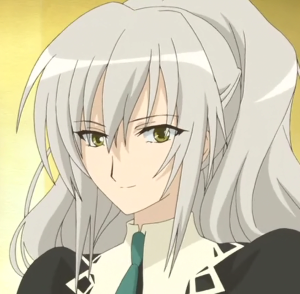 Shizuma Hanazono is the current Etoile. She is a highly respected and much beloved person to most of the other students attending the three schools. She looks very mysterious and also seems to have a number of secrets to match this visage. This makes her a difficult person to figure out or to even talk to, for someone just meeting her. 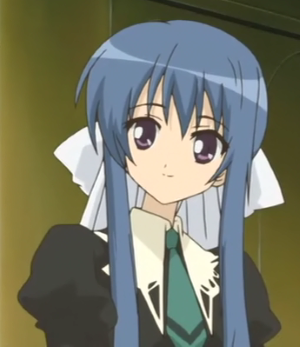 Tamao Suzumi is Nagisa's roommate. She is the first person Nagisa gets to get to know at the school and Tamao even helps Nagisa by showing her around the campus by introducing her to several of the other students as well as visiting the campus buildings. 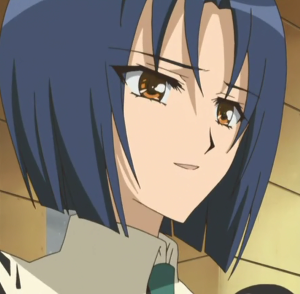 Miyuki Rokujou is the student council president of Miator. She tries her best at doing her job in keeping everything in line. 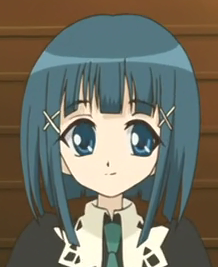 Chiyo Tsukidate is a young girl who recently arrived at Astraea Hill, where she quickly became the "room temp" (a younger student appointed to perform cleaning duty as a maid for senior students, who in return receives help with studies and, presumably, other matters from those same seniors) for Nagisa and Tamao, which incidentally is exactly what she wanted. 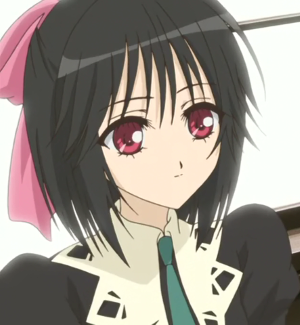 Kaori Sakuragi is a former student of Astrea Hill. She attended St. Miator's Girls' Acadamy alongside Miyuki and Shizuma, who were given the task of helping her enjoy her high school experience.

Sister Mizue is an old woman who is the main person in charge of Miator. 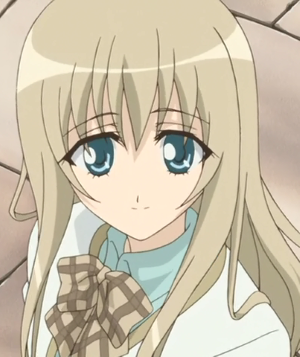 A rather shy and quiet girl most of the time, Hikari tends to not be very outspoken and it usually takes a lot for her to say what is really on her mind. Much like Nagisa Aoi, Hikari is also a transfer student, arriving at Spica in the second year. In that same year, she joined the St. Spica Choir (also known as the Saintly Chorus) with her best friend and roommate Yaya Nanto. Later, she starts to develop a crush on Amane Ohtori, and they begin showing intense feelings of attraction for one another. 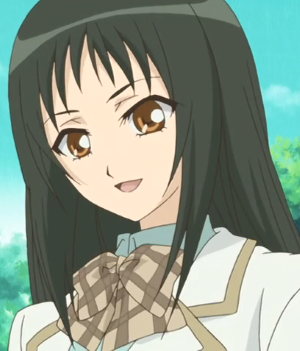 Yaya Nanto is Hikari's roommate. She is a somewhat forceful girl who also seems to look out for Hikari, who she is in love with. She often has to force herself to smile as she helps Hikari get closer to Amane, and could only watch them from afar. So far, she has tried to become closer with Hikari, but due to Hikari's interest in Amane, Yaya is always shot down. This tends to make Yaya very depressed and reserved, causing her to avoid human contact for a time. 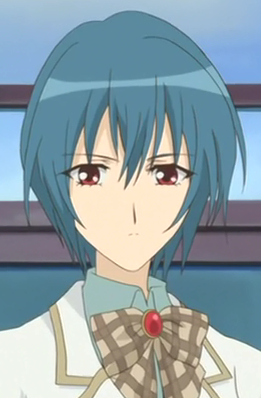 Amane Ohtori aka "Prince of Spica" due to her masculine look. Amane appears to be a very loved and respected member of the school, much like Shizuma Hanazono, although she is more of a local celebrity of Spica. She is often seen riding a white horse named Star Bride, which makes her seem more like a Prince (a title which Shizuma later marks her with) from a Fairy tale. 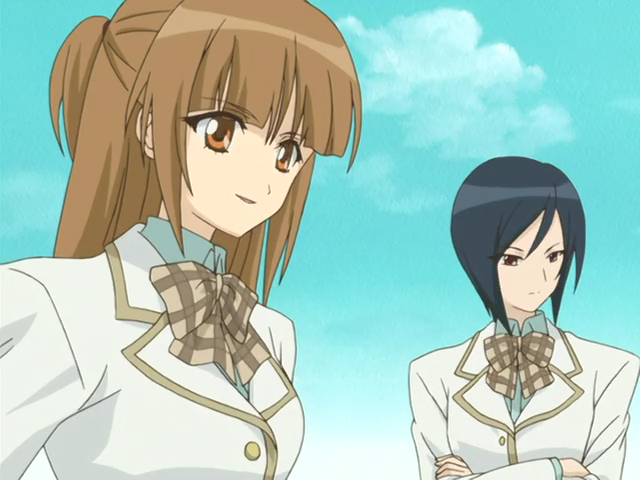 Kaname Kenjo and Momomi Kiyashiki are Spica students and are in a relationship. Together, they are the closest thing to antagonists in the story. 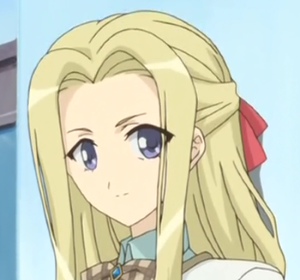 Shion Tōmori is the student council president of Spica. 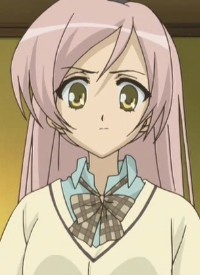 Tsubomi Okuwaka is a first year student who joins Spica at the same time as Nagisa is enrolled into Miator. 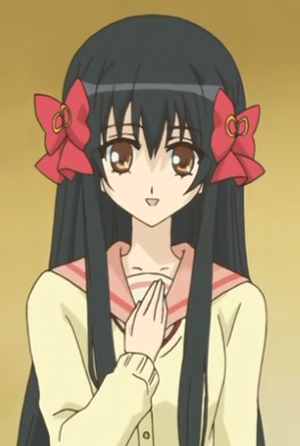 Chikaru Minamoto, a free-minded, playful girl and natural leader, occupies several positions of authority in the school: She is the student council of Lulim, the President of the Transformation Club (where members cosplay various themes), the Secret Club (where members try to solve mysteries), and a variety of other clubs which she regularly creates. 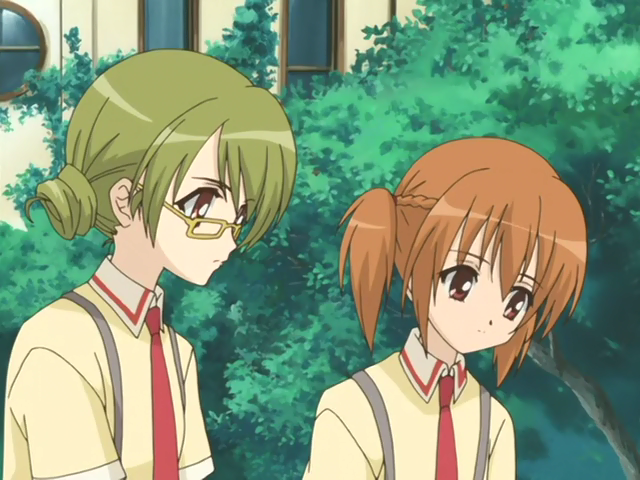 Kizuna and Remon are two Lulim students who are seen in company of Chikaru. 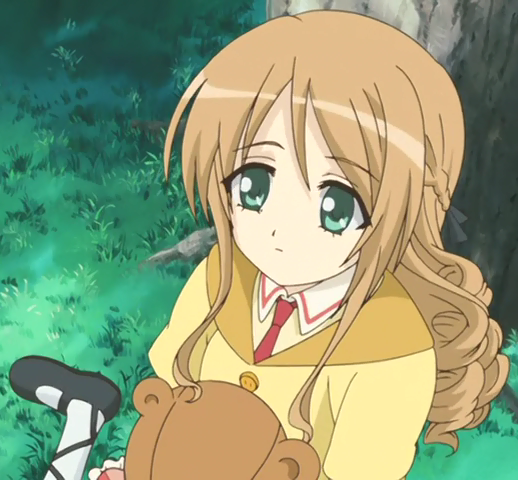 Kagome, a soft-spoken first-grader who appears rather sad and lonely, is best known for her habit of carrying around a teddy bear named Percival (パーシバル Pāshibaru?) everywhere she goes and talking to him as if he were a real person.