Flower Girl
A minor character in the manga. A young girl living in the war-struck area of the Kazakh capital, trying to make a living by selling flowers on the streets. She's used by the corrupt Secret Police Commander to subdue Kain.

Rin
A little girl that's part of a group of Mongolian nomads. Hiryu met her in the plateau that'd become his home after retiring, and since then they live together. Outspoken and cheerful, she reminds Hiryu of his own sister. Appears in the manga.
Village Elder
A minor character in the manga, an elderly man that's part of the Mongolian nomads and has known Hiryu ever since he moved into the plateau, although was unaware of his past as a Strider.
Dr. J. Hogan
A character from the Strider Hiryu Gaiden extra. A renowned scientist in the field of nuclear fusion, he was kidnapped by the Phantom Unit and held hostage until one of their imprisoned members was released. Hiryu's final mission as a Strider was to rescue him.
Lexia
The distressed damsel from the infamous Strider Returns, Hinjo's duty is to save her.
The Prisoner
A support character in the 2014 Strider. A scientist part of the Gravitron Research Staff, he discovered early on that the Gravitron represented a real danger and attempted to stop its development. His warnings fell on deaf ears, and Meio's Army eventually arrested him as an heretic. Subjected to torture in prison, he became a rambling insane prisoner. 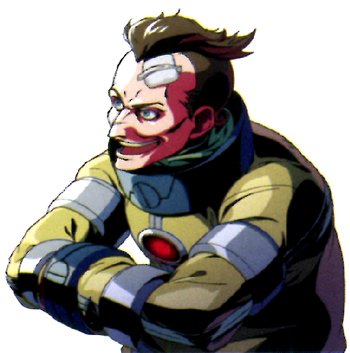 Black Marketer
A support character in the 2014 Strider. An old man who lives in the Underground and makes a living repairing the scrap discarded in the sewers and then reselling it to the citizens of the surface world, this serves as a mask to hide the leader of the resistance against Meio, bidding their time to reclaim Kazakh City. Before that, however, he was one of the scientists in Meio's employ and developer of the Gravitron.