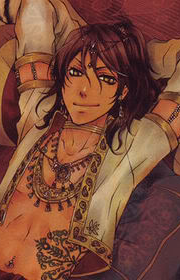 "From now on, I want to try and learn all sorts of things. And someday, I'll become a great man who won't lose to anyone and show you!"

An Indian prince, and the twenty-sixth child of the Raja of Bengal. He came to England to track down his nursemaid Mina, but after learning that Mina left India on purpose to become a rich man's wife and that she hated him for his ignorance and self-absorbed personality, Soma decided to stay with Ciel and learn how to act as a gentleman and even proclaims to be Ciel's best friend. 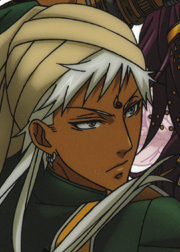 "It's for my master to be bright and healthy that I would risk my life. Isn't that what you would call a butler's aesthetics?!"

A Brahmin who renounced his old ways to become Soma's servant.

A nobleman well-known for his fine tastes and parties held during the social season. Ciel's group infiltrates in one of his parties because he's suspected of being Jack the Ripper. 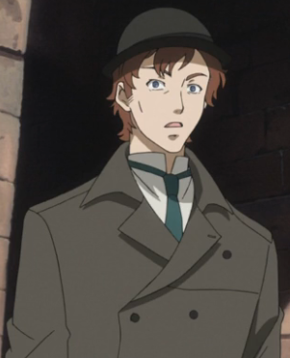 The chief inspector of Scotland Yard. He works under Arthur Randall, and is the only officer in Scotland Yard besides the commissioner that is aware of Ciel's identity as the Queen's Watchdog. 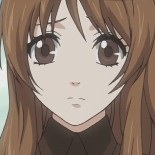 The maid and dear friend of Elizabeth. 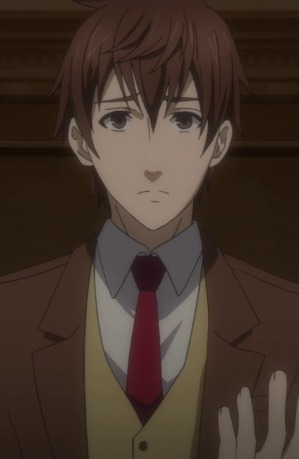 "It's just a pretentious bit of writing done outside of my own specialty."

A poor oculist and struggling writer, who is invited to the Phantomhive manor in the Murder Mystery arc. He becomes the recorder of the strange and bizarre events that occur at the Phantomhive Manor. He's all but stated to be Arthur Conan Doyle, though his full name is never revealed. 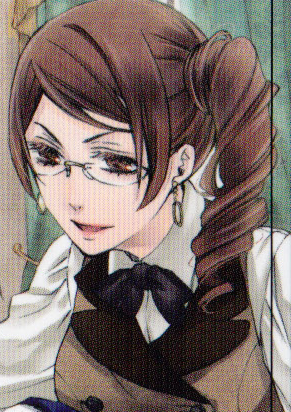 Nina Hopkins is an established tailor who owns a tailor shop called Hopkins' Tailor Shop, which is based in London. She is known as "the tailor who announces the seasons."