Ciel's paternal grandmother with a mysterious connection to Undertaker. Her name is engraved in one of the Undertaker's lockets and is currently in Ciel Phantomhive's hands. 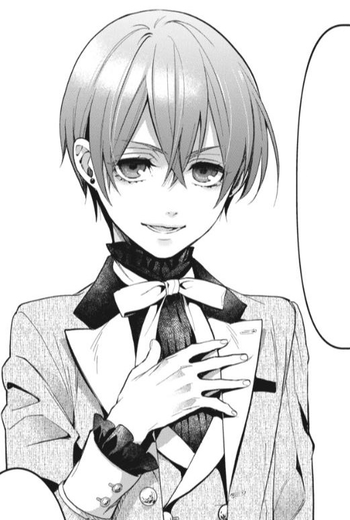 The older twin brother of 'Ciel' and the rightful heir of the Phantomhive household. His twin brother assumed his name and identity after his death. However, the real Ciel somehow is back alive. 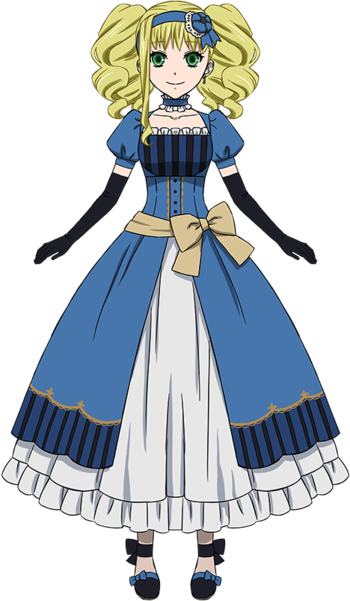 "He finally returned to the mansion, but he wasn’t able to laugh anymore. I love Ciel. I love Ciel’s smile. Why is it as though we always seem to end up going in circles? How can I bring back his smile?"

Ciel's cousin and fiancée. She's extremely girly, energetic, and deeply devoted to Ciel, who she loves with all her heart and wishes to see him smile again.

"Have you no faith in our swords?"

Ciel's aunt on his father's side, as well as Elizabeth and Edward's mother. Like the rest of the Midford family, she is an expert swordswoman.

Elizabeth's older brother, and Ciel's cousin. Edward is extremely overprotective and possessive of Elizabeth, and dislikes the fact that she is engaged to Ciel. 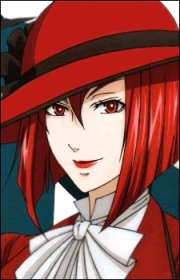 Ciel's aunt, a beautiful doctor and the younger sister of his Missing Mom Rachel Durless. 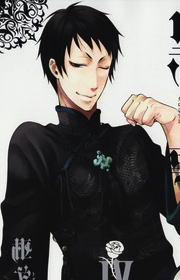 "Even if you step toward a place from which you can't return, you choose not to reveal your screaming for help to other people, eh?"

A Chinese nobleman, leader of an opium den and head of the British branch of the Shanghai trading company "Kong-Rong." 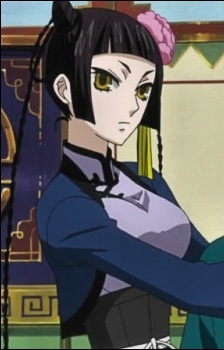 Lau's personal assassin. She's referred to as his sister, although they're not blood related. 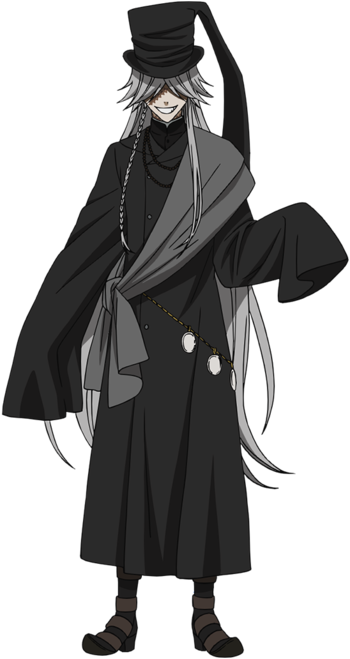 "Because you hold great power, you gradually fail to understand the importance of things that cannot be recovered. You will realize once it's too late."

The funeral director in London who has acted as an informant to the Phantomhive family for many years.

A freelance reporter and an Aristocrat of Evil.