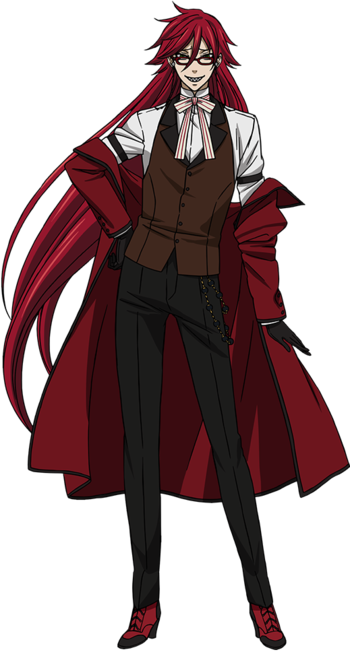 "Even if I'm like this, I'm still the butler of death!"

Grell Sutcliff is a Grim Reaper who initially posed as Madam Red's butler. Despite being part of the Dispatch Management Division, Grell's willing to go against the rules and kill for self entertainment. Grell's very interested in Sebastian and William, to their great dismay.

"If you interfere, I'll reap you."

A Grim Reaper in charge of supervising the Dispatch Management Division.

"From the start, I've never been one to do overtime."

A Grim Reaper, who occasionally works with William and Grell. 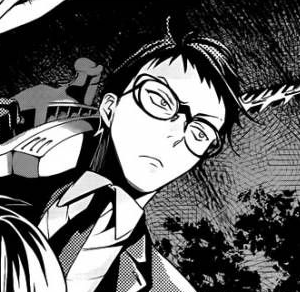 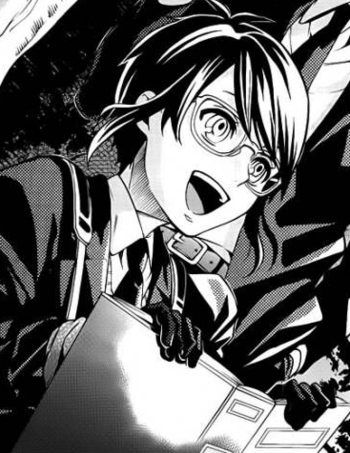 A Grim Reaper from the German branch of the Grim Reaper Dispatch. Their partner is Ludger. 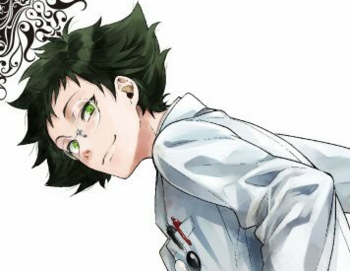 Othello is a Grim Reaper. He is a part of the Forensics Division of the Grim Reaper Dispatch.