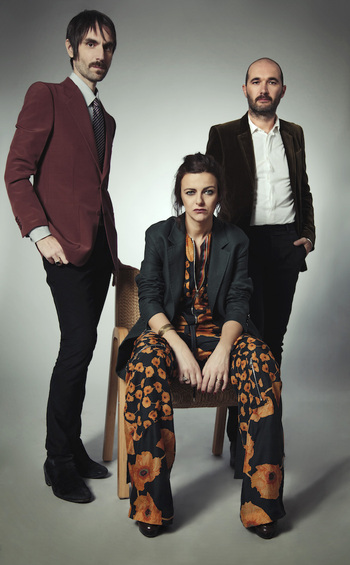 Francesco, Rachele and Claudio.
"I love you. I love you but I hate you but I love you all.
Is it good or bad? I don't know."
— "Un romantico a Milano"
Advertisement:

She left you a child, Foster Wallace, three jumpers, and these tropes: