Nightmare Fuel / The Legend of Korra 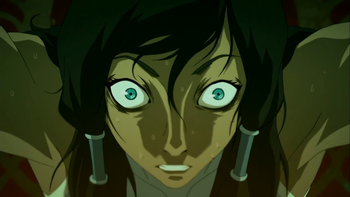 Let go. Let go. Let go.
Sometimes The Legend of Korra just scares us to death. So much that it's considered to be Darker and Edgier than Aang's journey.
Advertisement:

"The Voice in the Night"

"Out of the Past"

"Skeletons in the Closet; Endgame"

Light in the Dark

A Breath of Fresh Air

Venom of the Red Lotus

After All These Years

Enemy at the Gates

Day of the Colossus