Radar / The Legend of Korra 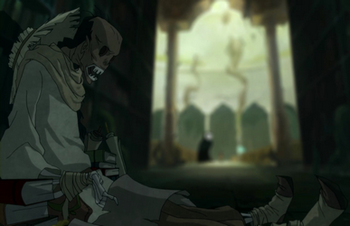 Here's your call-back with a side order of Nightmare Fuel.

Avatar: The Last Airbender got plenty of crap past the radar itself - let us see how its successor holds up. As with all Korra pages, SPOILERS AHOY!

"The Spirit of Competition"

"Night of a Thousand Stars"

"Enter The Void/Venom of the Red Lotus"

"Day of the Colossus