Heartwarming / The Legend of Korra 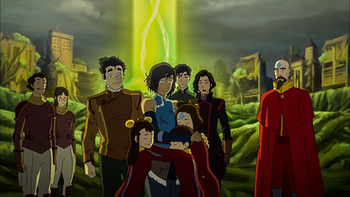 "He wasn't alone. He had his friends to help him."

Sometimes, this series just makes us so dang happy.