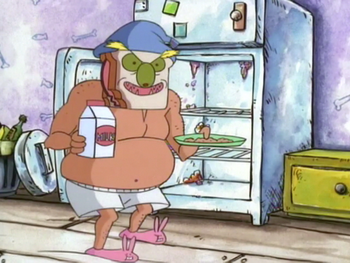 Nickelodeon may be a "kids network", but that sure as heck doesn't stop them from adding plenty of frightening moments all over place, whether it be in their shows or even their own bumpers/station ID's.

Many of the network's earlier bumpers have been remembered as quite terrifying to young viewers, who are now old enough to use TV Tropes.

Shorts and other Non-Ident Material