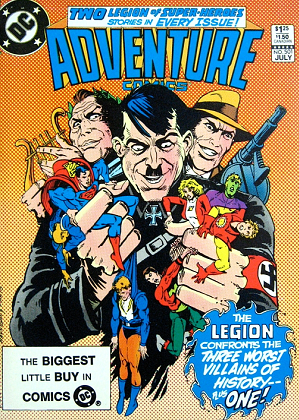 History's Crime Wave is when historical villains — criminals or tyrants — are used in a work of fiction. This may involve Historical Villain Upgrade. The villains don't have to be on Earth; they just have to be historical, though this can also extend to mythological villains.

Should not be confused with criminal organizations that really have survived throughout much of history, such as various incarnations of The Mafia.

See also Jury of the Damned, Archived Army, and Army of the Ages. Historical Rap Sheet is similar, but it need not involve real figures, and may instead attribute real events to fictional figures.