The protagonist of the series, a girl with red hair, well-endowed, and a 3rd generation knight from The Knight Guards of Housman, the Third City of the Independent Trade Cities.

The titular character is a blacksmith of great skill and renown and is also a talented swordsman.
Lisa

A cute little girl who is a live-in assistant to Luke.
Aria

The demon sword of wind. Aria is special in that she can transform into a human. 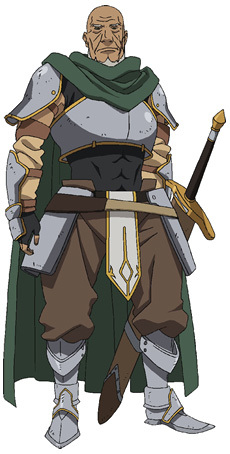 Leader of the Knight Guards of Housman and veteran of the Valbanill War.
Hugo Housman

Mayor of the City of Housman.
Justina Albright 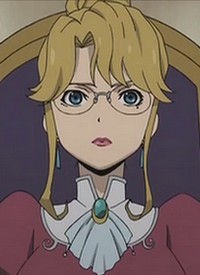 Cecily's friend who works for the city.

A powerful and aggressive knight of Housman that initially looks down on Cecily.
Charlotte E. Firobisher 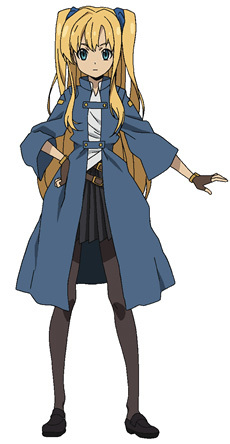 A young girl from the Empire who is an illegitimate daughter of the Emperor.
Doris 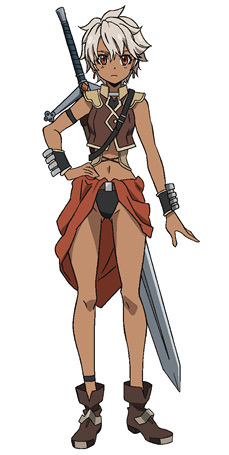 One of Charlotte's companions. She wields Claymore, the Demon Sword of Earth.
Margot 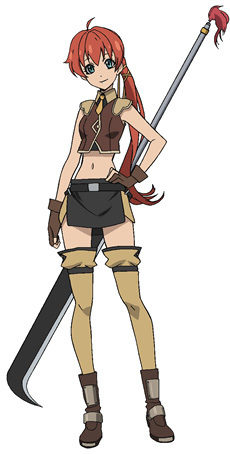 One of Charlotte's companions. She wields Rhomphaia, the Demon Sword of Scarlet Light.
Penelope 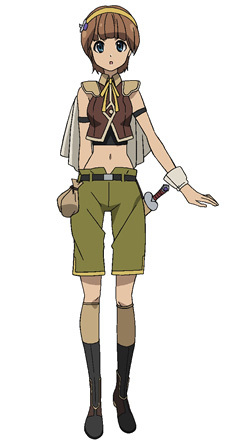 One of Charlotte's companions. She wields a ballock knife, the Demon Sword Assassin.
Lisa Oakwood

Luke's childhood friend who wanted to be a knight and protect everyone in the city.
Fio Atkins 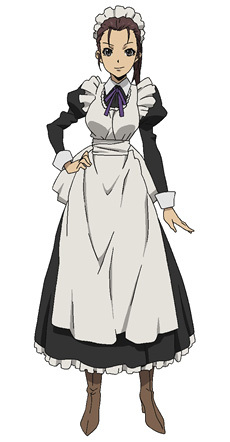 The maid who serves the Campbell Family.
Lucy Campbell

Cecily's mother. She is a calm and gentle woman.

A recently promoted commander from the Empire. He is actually the cloaked figure who is the source of most of the conflict in the series.
Jack Strader 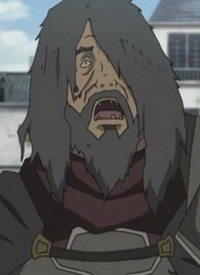 The mad veteran Cecily was fighting earlier in the marketplace.
Augustus Arthur 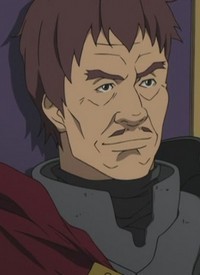 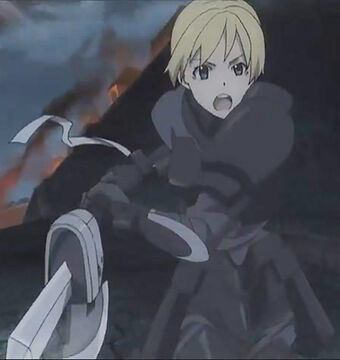 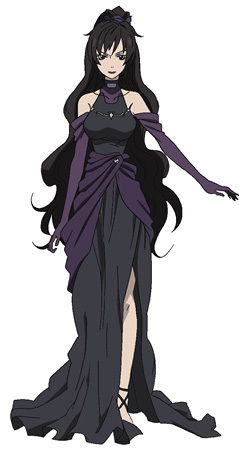 A Demon Sword of the Black Flame, who can take human form.
Old Knight

The wielder of Elsa, the Demon Sword of Thunder. 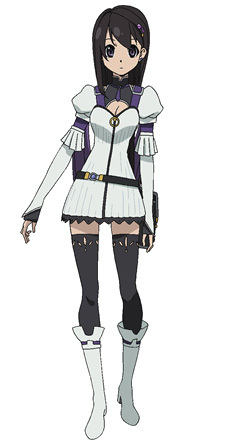 A Demon Sword of Thunder who can shape-shift to human form.