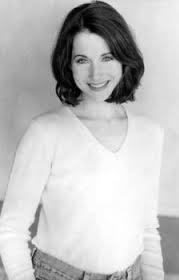 Cynthia Jane Cranz (born March 3, 1969 in Grapevine, Texas) is an American voice actress. A native of Fort Worth, Texas, she has performed in local theater, been featured in numerous commercials, print ads, industrial videos, music videos, and independent films. Most notably, is her voice work on anime.

She is best known for her voice work portrayals of Chi Chi, Bulma's mother and several others, in all three of the Dragon Ball series, Botan in YuYu Hakusho, Mitch in Case Closed and Mitzi in Crayon Shin-chan. She also plays Fei Ku in Negima!, Hisae in Kodocha, and Miss Father's Day and Bellemere in One Piece.