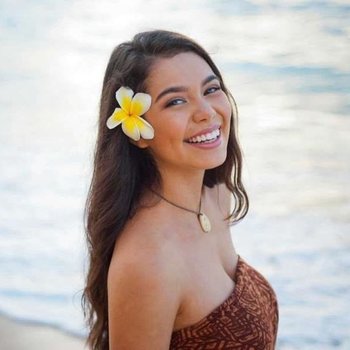 Chloe Auliʻi Cravalho (born November 22, 2000 in Kohala, Hawaii) is an American actress, voice actress and singer of Native Hawaiian, Puerto Rican, Portuguese, Chinese and Irish descent. She is most known for voicing the titular character in Disney's animated film Moana, in which she won the 2016 Annie Award for Outstanding Achievement, Voice Acting in an Animated Feature Production.