Film / Darby and the Dead 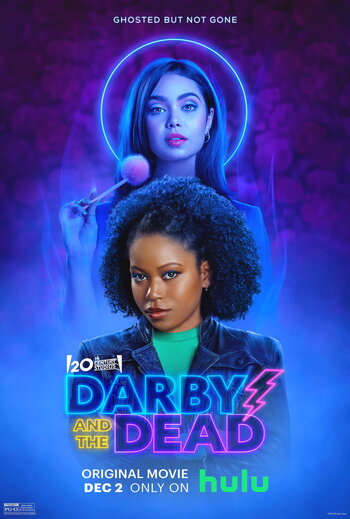 Downs plays Darby Harper, a disaffected teen with the ability to see ghosts. When she isn’t suffering through high school, she’s helping the dead with their unfinished business so they can move on to the afterlife. Soon her two worlds collide when the most popular girl in her school (Cravalho) dies in a freak accident and her ghost approaches her with her unfinished business: her next birthday party. The film was released on Hulu December 2, 2022.

Darby and the Dead includes examples of: