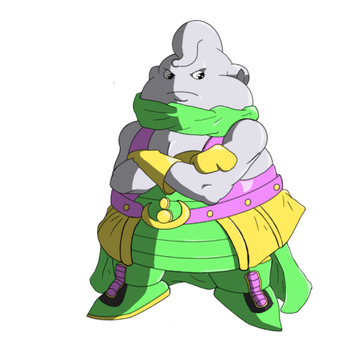 The protagonist of The Adventures of Dumplin. Hero of the Time Patrol alongside Future Trunks and the second husband of Towa. He later refines his Demon God powers and undergoes a metamorphosis into the Dark Lord Popo, who is Mr. Popo as seen in the abridged series. 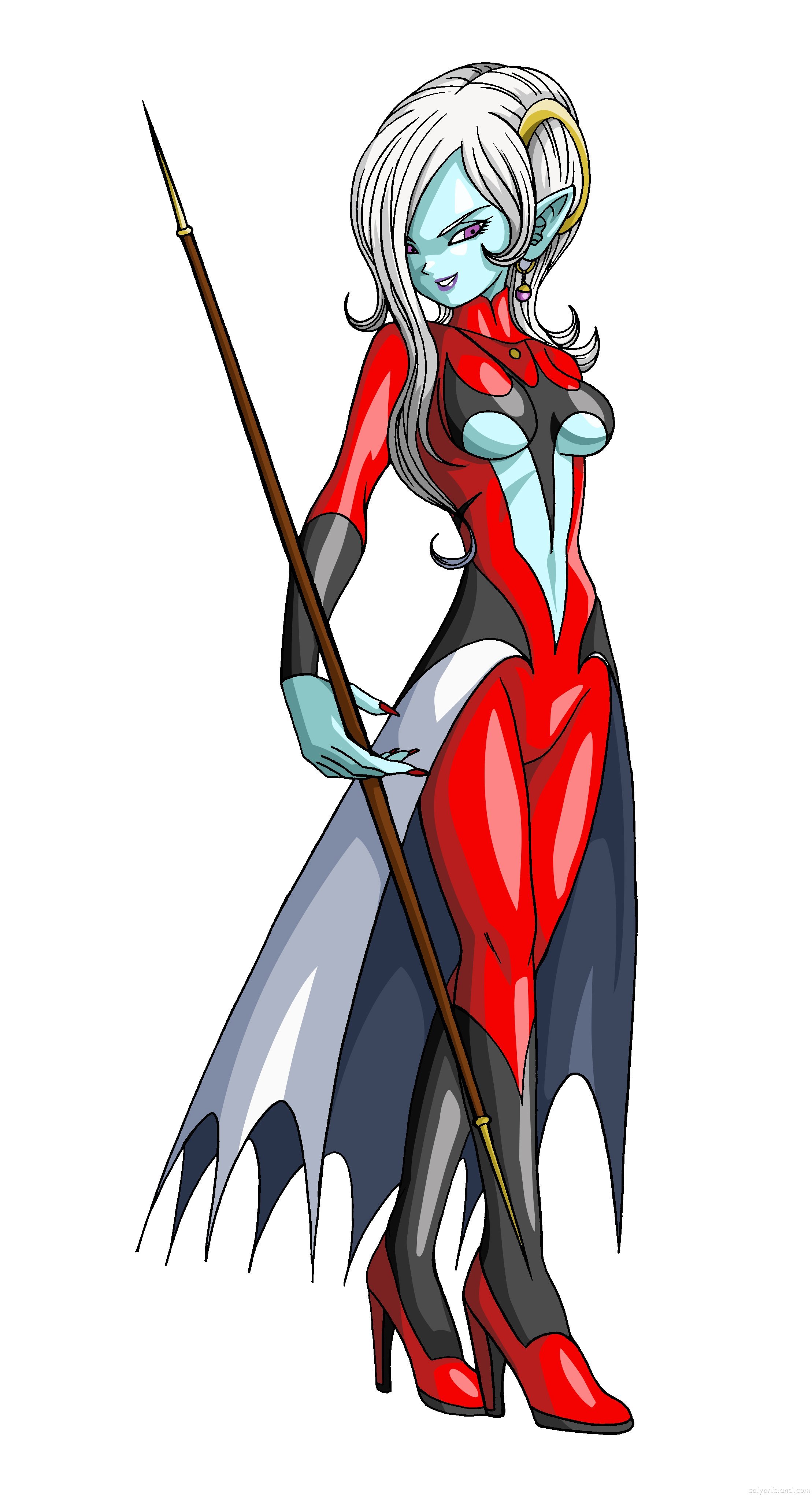 The Big Bad of Dragonball Xenoverse 2 and Disc-One Final Boss of the previous game. 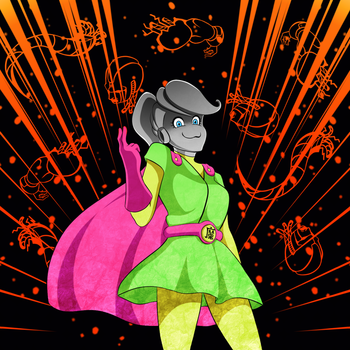 The main protagonist of The Adventures Of Puddin. Daughter of Dumplin and Towa, Puddin is a member of the Time Patrol who, at the start of the series, has decided to follow in her father's footsteps and eventually becomes the saviour of Conton City. 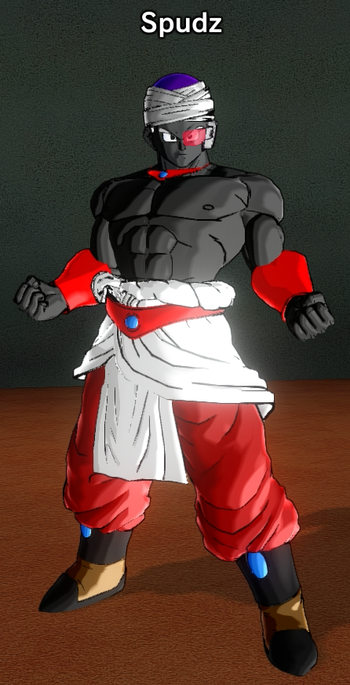 So the goddess of victory smiles upon me again…

Debuted in Dragonball Z Ultimate Tenkaichi in an independent playthrough hosted by Lanipator four years prior to the team's Xenoverse 2 playthrough. Spudz is a Saiyan/Namekian/Genie/Dragon hybrid created by Mr. Popo as a son of sorts which makes him the half(ish)-brother of Puddin and the stepbrother of Mira. 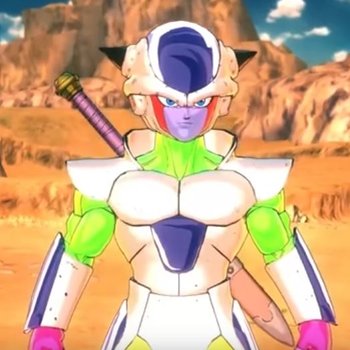 I can't let them get hurt! Look, I did not pay attention in history, okay?

The child of Puddin and Cooler.

The Token Human character of Xenoverse 2, Lirran was initially born after Lani and Kirran fused in the original Xenoverse stream, making sporadic appearances throughout their other gaming streams, before finally being officially shown in Xenoverse 2. He later becomes the protagonist of their Dragon Ball: Fusions playthrough.

A Namekian farmer who was reluctantly roped into Xenoverse 2 by the team.

A mysterious man that resides in the Fuck Box, Geoff is an amicable soul who engages those he meets in friendly games of Golden Axe.

The protagonist of the Ultimate Tenkaichi playthrough. Narrowly escaping from Planet Vegeta before Freeza destroyed it, the radiation of the supernova mutated him, making his skin become yam-colored and his hair purple.