This is the Character Page of Team Four Star Nuzlocke Playthroughs

Given to Lakigr as a Charmander, Striker is the designated starter of the LeafGreen Nuzlocke adventure.

Caught as a Magikarp, this Gyarados is one of Lakigr's toughest comrades.

Caught as a Rattata.

A Geodude, later evolved into a Golem.

Caught as a Spearow, died as a Fearow. Named after Grant's friend from childhood who tricked him into trading a much rarer Pokémon for a Spearow, which Grant responded to by Level Grinding it so that it could utterly demolish Alex's team.

Caught as a Sandshrew, Sandrew is Lanipator's favorite child among Lakigr's team.

Caught as an Abra.

A Weedle that eventually evolved into a Beedrill.

A Pikachu turned Raichu. Buttdork is the final member of Lakigr's championship team to be caught and join the roster.

A Dratini purchased from the Game Corner, later evolved into a Dragonite.
Soul Silver Nuzlocke Characters

A divorced Man of twenty-eight. He takes up the challenge Lakigr issued to the voices in their heads.

The mother of the protagonist of the "TFS Plays Pokémon SoulSilver Nuzlocke", who has... issues. 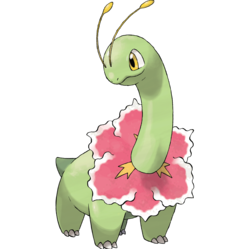 The badly battered partner of Tantor Mr. Stake is a Chikorita turned Meganium with a penchant of head-butts, the power of a Stand and some slight mental deficiencies. Despite his continued abusive treatment of him Mr. Stake is Tantor's most loyal Pokémon and seems completely unaware of the hate his partner has for him.

A slowpoke haunted by Tantor's memories of his sister Mara.

A zubat, later a Crobat.

A slugma, later a Magcargo

Caught as Mareep and died as a Flaffy, Fleecity is the mangaka of Kuchi Mama and uses the Raggety Ann doll in the Manga to fight.

A Houndour, later a Houndoom

A Krabby, later a Kingler.

Twelve-year-old son of Tantor, moved from Johto to Kanto at the beginning of Crystal, then to Alola in the Moon Nuzlocke.

A Magnemite and later a Magneton.

A Munchlax the boys got in an event. The son of Bork Laser.

A Growlithe and later Arcanine.

A Mimikyu the boys received from Japan via Wonder Trade. Her actual name is in Japanese.

A Graveller that evolved into a Golem upon trading.

A Pancham the team picks up and later evolves into a Pangoro.

A Poliwrath the group gets.

GUNBEAK and Sito's son, sired after the battle with Lakigr left the two of them the only ones alive.

The protagonist of the Emerald Nuzlocke and the first female protagonist in the bunch. May not actually be human.

The personification of the video game itself. Or more accurately, the game on top of a human body.

Maqubi's starter, a Mudkip, then a Marshtomp, and later a Swampert.

The first Pokémon caught by Maqubi, a Poochyena and later Mightyena.

A Zigzagoon, later a Linoone. She has the ability Pickup, allowing her to pick things up for Maqubi.

A Shroomish and later Breloom.

A Whismur and later Loudred.

A Makuhita and later Hariyama.

A Gulpin and later a Swalot.

A Swablu, later an Altaria, added to the team to replace Dudebirb.

A Voltorb and later Electrode

An Anorith revived from a fossil in Rustboro City. Has a liking for 2000's era cola drinks.

A Duskull turned Dusclops. Possibly the ghost of Maqubi's grandfather, hence the name.

Maqubi's grandmother and Grampa's widow who may or may not be a Serial Killer.

The puppet used for the Platinum Nuzlocke.

The rival of this one.

Ryfuba's starter, a Piplup, later a Prinplup, now an Empoleon.

Ryfuba's first catch, a Bidoof. Her name is a mutation of the word "Dagger".

A Shinx and an insanely lucky second catch for Ryfuba.

A Zubat, then a Golbat, now a Crobat.

An Abra caught before it could teleport. Swapped out with Gilly. Became a Kadabra, then an Alakazam and now serves as Royal Vizier to Raisin.

A Geodude, later Graveler and then Golem. A musician, specifically Christian Rock.

A Wurmple, later Beautifly, which acts as Priestess of the Pico Collective.

A Togepi hatched from an egg gifted to Ryfuba by Cynthia.

A Gliscor the team caught.

A Gible the team found in Wayward Cave.

An Eevee that Ryfuba got from Bebe in Hearthome City.

A Scyther, and a lucky catch on Route 210. Speculated to serve as Raisin's loyal kunoichi.

A Lickitung, now a LickyLicky.

A Bibarel, and an HM Slave.

A Sneasel who joined the team after being caught.
Advertisement:
Shield Nuzlocke Characters

The player character and protagonist of the Shield Nuzlocke.

A Magikarp, caught while fishing.

A Shellder, also caught while fishing.

A Galarian Zigzagoon caught via a Dynamax Raid, whom later evolved into a Galarian Linoone and then an Obstagoon.

A Toxel who was given to Granran by a Daycare woman, which later evolved into a Toxtricity.

An Arrocuda, caught while fishing.

A Skorupi who joins the team after killing Edgar.

A Dracovish, revived from two fossils.

A Greedent caught in the Wild Area from a tree.

An Applin caught via a raid.

A Charjabug, also caught via a raid, and evolved into a Vikavolt for post-game battles..

0>4MGRDG (Pronounced "Boy From The Grudge")

A Koffing, which would later become a Galarian Weezing.

A Sligoo caught in a Raid, which would evolve into a Goodra

A Heatmor, caught in a Raid.

An Orbeetle, and Edgar's widow apparently.

A Centiskorck, caught in a Raid Battle in the postgame.

A Reuniclus, caught in a Raid Battle in the postgame.