Team White Pigeon (Shirohato)* They refer to themselves verbatim as "Shirohato", a rare exception of the series' convention of keeping important names in English. "White Pigeon" is the literal translation, and what official subs use.

Based undercover in Queen's Mayfair Academy, Team White Pigeon (known by Control as their Principal team) does whatever is asked of them by the Commonwealth's Department of Culture in the effort against the Kingdom of Albion.
Advertisement:
The team as a whole 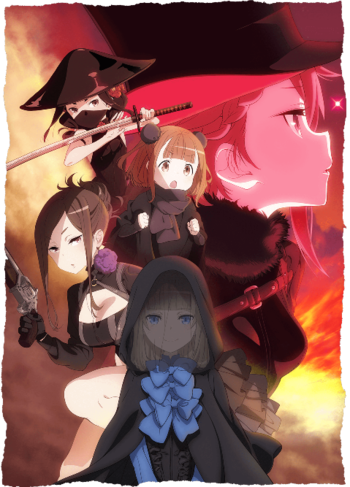 From front to back: Ange, Dorothy, Beatrice, Chise, and Princess. For real this time.
Ange le Carré 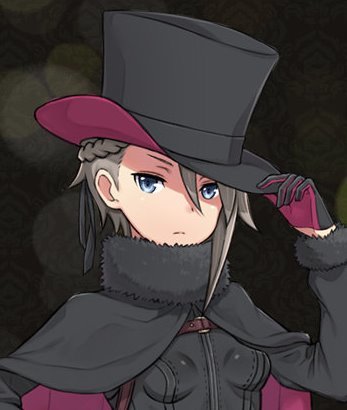 Skilled in basically every relevant field in espionage, Ange tends to take the lead in operations, taking up the most crucial and difficult roles as well as having the presence to coordinate her teammates in adapting to unforeseen complications. She is known for her deadpan demeanor and penchant for lying.

She is the original Princess Charlotte, having traded identities with the current "Princess" ten years prior to the beginning of the story, and the two are the only ones with knowledge of this secret. Though compliant to the orders of Control and the Commonwealth, Ange has goals of her own, and tied with them, a stronger loyalty to the Princess. 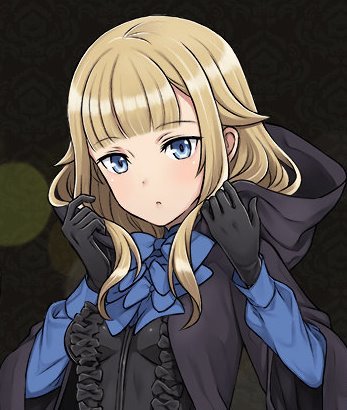 The Princess of the Commonwealth's political enemy, the Kingdom of Albion. After being involved in one of the Principal team's missions, Princess Charlotte negotiates a partnership with them and their higher-ups in the Commonwealth, intending to use their power to rise from fourth in line to the throne to first, and then, become queen.

Just as "Ange" is the original Charlotte, the Princess is the original Ange. Despite the falsehood of her royal identity, her intentions to rise to the throne are nonetheless real. 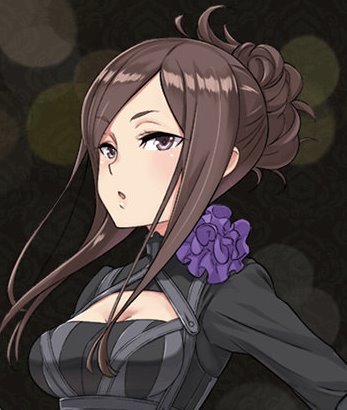 The Principal team's driver, and the first among them to be based in the Mayfair Academy. In addition to establishing places of operation within the academy and her role behind the wheel, Dorothy is expert at utilizing her own seductive charm for progressing the mission. In contrast to that persona, though, Dorothy's really lighthearted and cracks more jokes than most would expect from the team's most senior member. 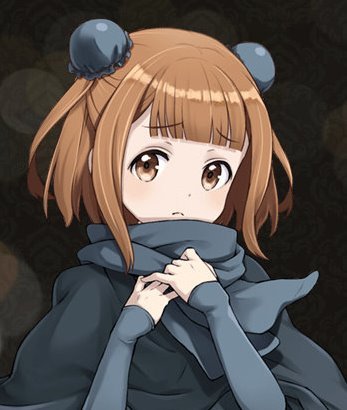 The daughter of a baron, and a close friend of Princess Charlotte. Her proximity with the Princess ropes her into the agenda of the Principal team. Initially against the Princess's involvement with such a dangerous party, Ange proves her devotion to the safety of the Princess, and Beatrice comes to trust them enough to lend them her aid, if only to help keep the Princess safe herself.
Advertisement:
Chise 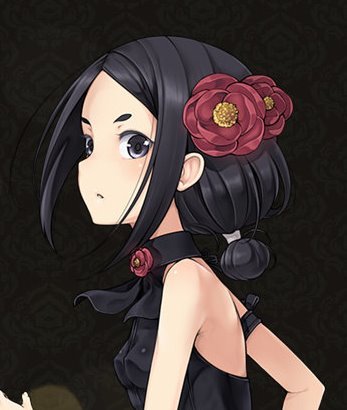 The Principal team's best and primary combatant, armed with a sword that she wields with lethal skill and creativity. She initially arrived in Japan with intention of hunting down the traitorous Jubei Todo for the sake of her Lord Horikawa, but after encountering the team and briefly fighting alongside them, Horikawa installs her into their forces to assess their alliance with Japan.

A group of spymasters for the Commonwealth of Albion who decide the actions of the team. They are composed of L (an older man who appears to be the handler for Team White Pigeon), 7 (the lone woman, who tends to relay messages and act as secretary), The Colonel (a military man who gets involved when the case has to do with military assets), and Dollyshop (the fourth member, who appears to be the most lighthearted).
The General 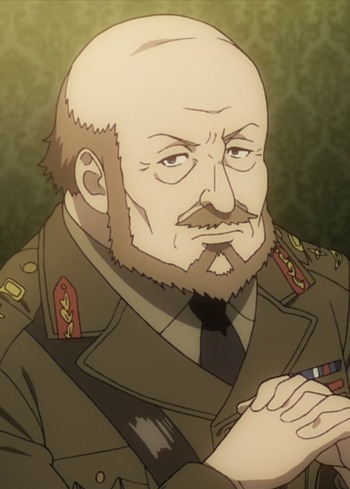 A general of the Commonwealth of Albion who assumes control of espionage operations in L's stead, marking a turn for the dramatic.
Eleanor 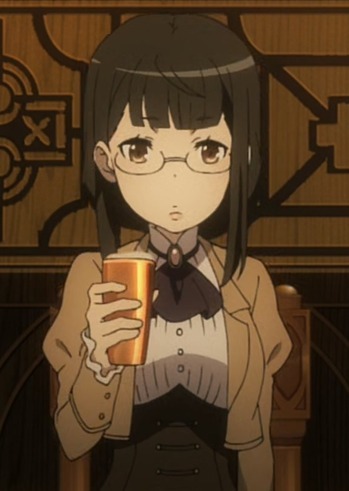 A classmate of Ange and Dorothy's from The Farm and another agent in service of Control. She was known as the "Prefect" because of her studious personality.
Advertisement:
Zelda 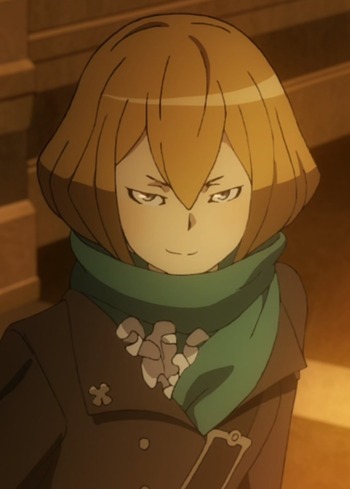 Zelda is an agent sent in by Control during the final two-parter.

The Home Secretary of the Kingdom of Albion, the Duke of Normandy stands at the right hand of the Queen herself and is in charge of the kingdom's counterintelligence.
Gazelle Flint 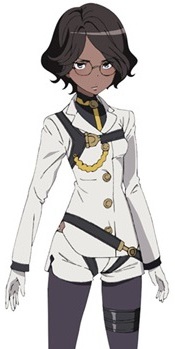 Gazelle is a subordinate to the Duke of Normandy. 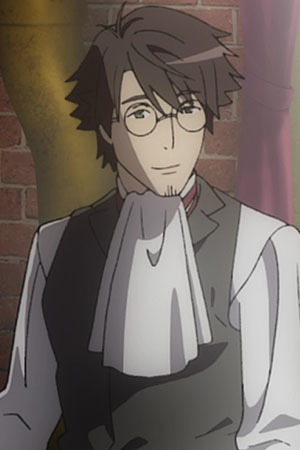 Eric is a Defector from Decadence who wants to cross the wall with the help of Team White Pigeon.
Jubei Todo 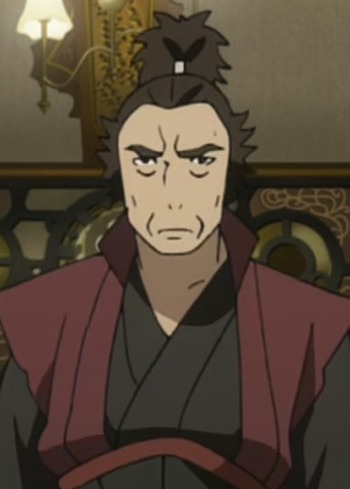 Jubei Todo is an assassin working with the Duke of Normandy on the assassination attempt on Lord Horikawa and is Chise's father.
Franky 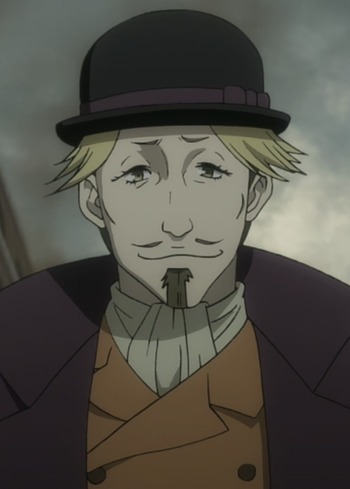 Franky is a debt collector who the girls encounter a few times. 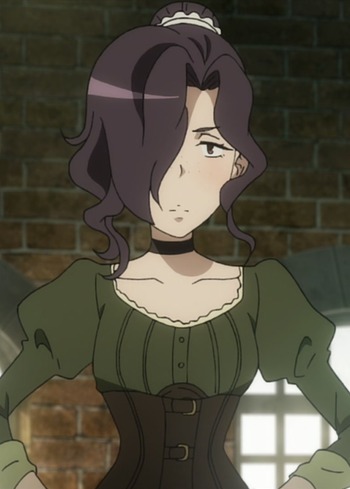 The most experienced laundress of a laundromat the girls join in order to catch a serial killer.
Julie 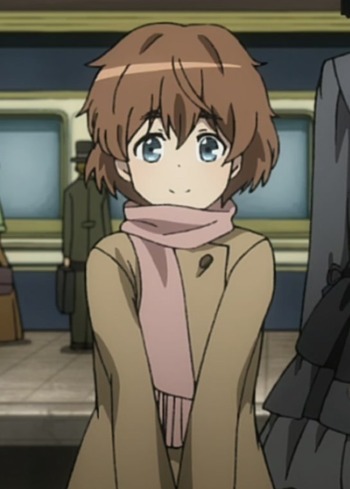 A young pickpocket Ange takes under her wing.
Lily Gaveston 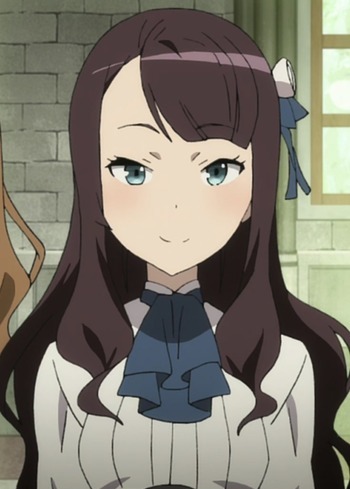 A daughter of a noble family who is a schoolmate of the girls'.