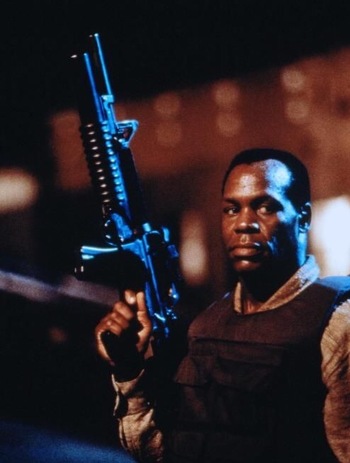 "Okay. Who's next?"
Played By: Danny Glover
"I don't roll over for anybody, especially for the feds, without a goddamn good explanation!"

An LAPD lieutenant and the main protagonist, Harrigan begins tracking the Predator after it kills El Scorpio's henchmen. 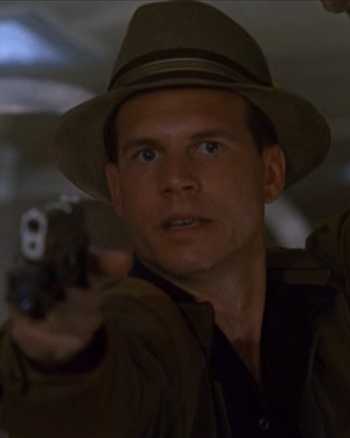 "And you told me, lieutenant, "the only way you survive down here is because you're a team." "The door swings both ways," remember?"
Played By: Bill Paxton
"Lieutenant, I've paid my dues. I had to bust my ass to get my transfer."

A transfer from Rampart Station, Jerry Lambert joins Harrigan's team in their investigation of the Predator after having gotten his previous partner killed. 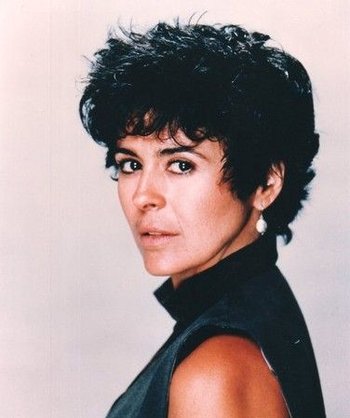 "This guy's playing with you, Mike!"
Played By: Maria Conchita Alonso
"You try that cowboy shit with me, fucker, and you can kiss these goodbye."

One of Harrigan's partners and friends, although she hasn't been with him as long as Danny has.

"Whoever did this waited until the last second, took out six guys armed with machine guns by hand, then got by us."
Played By: Rubén Blades

Harrigan's best friend and partner who knew him before joining the police force. Ends up being killed by the Predator when he investigates. 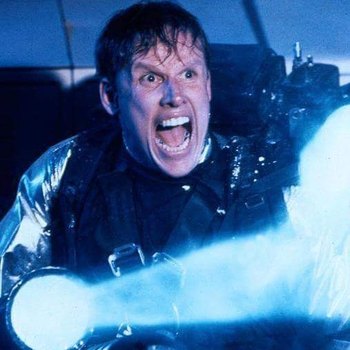 "Grab a seat. Enjoy the show. This is history."
Played By: Gary Busey
"How many times do I have to tell you? You don't know what you're dealing with."

A DEA agent who is really part of a alien investigation unit assigned to track the Predator and learn more about it.

An arrogant shock news reporter covering the events of the movie who harasses Harrigan and his partners for information.

Harrigan's superior in the LAPD who is willing to stick his neck out for him.

The Deputy Chief of Police of Harrigan's district who used to be friends with him, but became distant after being promoted and have grown to hate Harrigan for his recklessness.

Leader of the Jamaican Voodoo Posse drug cartel competing with the Colombian Scorpions. He orders the execution of one of El Scorpio's men before he meets with Harrigan to discuss the Predator, which has begun attacking his men and Harrigan's. He is killed by the Predator shortly afterward.

The leader of the Colombian Scorpion drug cartel competing with the Jamaican Voodoo Posse. He engages in a bloody firefight with the LAPD before being attacked by the Predator and subsequently killed by Harrigan.

Another Predator who has come to Los Angeles with its tribe to hunt humans.

The leader of the City Hunter's tribe with centuries of hunting experience on his belt.