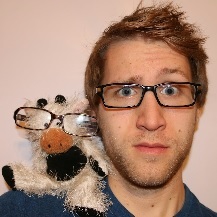 "Hey, there, Juggies, it's your old pal McJuggerNuggets here!"
The long-suffering owner of the McJuggerNuggets channel. Jesse is a young man in his early twenties who wants nothing more than to play video games. Unfortunately for him, however, he lives with a father with a Hair-Trigger Temper who wants him to get a real job and often breaks his stuff. 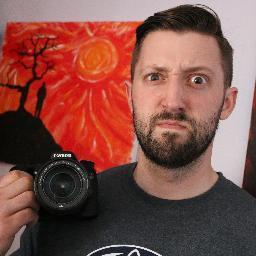 "Hey there, little bruddas, Big Brudda Jeffrey here!"
Jesse's older brother, whom his father appears to favor greatly. Unlike Jesse, he has a "real" job (as an accountant) and regularly works out. He films most of the Psycho videos, a fact that he's not quick to let Jesse forget. In several videos, he's taken on a more antagonistic role, arguably replacing his father as the "main antagonist" of the videos, however, he has since Took a Level in Kindness.
Jeffrey Ridgway, Sr. (Psycho Dad) 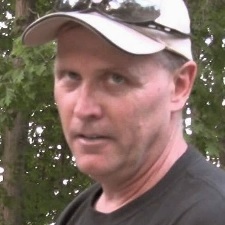 "Well if you want to game you gotta get a job while you do it too!"
The father of the Ridgway boys, and arguably the main reason for the channel's success. Mr. Ridgway is an old-fashioned man who just wants his son to be successful and stop doing what he sees as wasting his life. Due to difficulty controlling his anger, this often leads to him destroying Jesse's possessions. He has a bit of trouble understanding that Jesse can make money from playing video games and making videos, though he's become a bit more tolerating of it ever since Jesse showed him a video put together by his fans (though it's clear that he's still not exactly fond of Jesse's career choice).

The brother of Jeffrey Ridgway Sr. and uncle of Jesse and Jeffrey Jr. First introduced as a major appearance in the Psycho Series/Jesse's Vlogs in "MEET PSYCHO DAD'S BROTHER". Like Jeffrey Sr. does not hold any high opinions to Jesse's career choice in YouTube
Anita

The Benevolent Boss of the farm Jesse now works at who, naturally, disapproves of Chris and Jeff Sr.'s actions towards Jesse.

The wife of Jeffrey Ridgway Sr. and the mother of Jesse and Jeffrey Jr. Up until "Psycho Mom Divorced Husband", she was the only member of the Ridgway family to have never become a "Psycho" character, and she does her best to help defend Jesse from his father and brother.
Uncle Larry 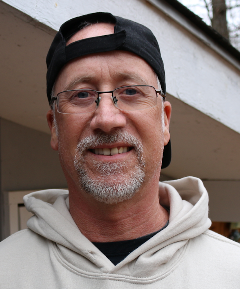 "Hey everybody, welcome to the lounge, all my fellow loungers, chillers, ballers, and grillers!"
Jesse and Jeffrey's Cool Uncle, and Theresa Ridgway's brother. He was Psycho Dad's best friend before the family turmoil started to wear away at their friendship.
"Aunt" Melissa

The friend of Terry Ridgway. Despite not being related, is addressed by Jeffrey Jr. and Jesse as Aunt Melissa. She was briefly seen in a previous psycho video "Psycho Kid Ruins Thanksgiving". After Terry separated Jeffrey Sr, she's become much more prominent in recent videos.However, she has recently been sidelined in favor of Uncle Chris.
Corn

A friend of Jesse. Been together since the two were in school. In recent videos is the designated camera man.
Demma

An object created by Jesse Ridgway during the time he was living in Uncle Larry's RV after running away from home. Demma was the result of Damien and Emma the Styrofoam Head being merged together

Uncle Larry's son. Usually stays away from the fighting the families does and is often at odds with Jesse.