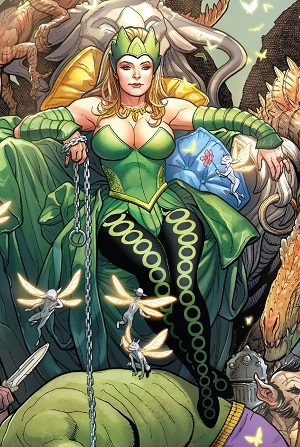 "She who has had many names throughout time, throughout every era of Ragnarok... Freyja... Iduna... Mardoll... Gefn... Enchantress. Only she, in all her Goddessness, in all of her feminine perfectness... could convince the tree to give of its most miraculous fruit."
— Ages of Thunder
Advertisement: