The Zelda series is well-known for pitting heroes against huge, powerful monsters. Several of the series' most famous beasts make appearances in Hyrule Warriors as Giant Bosses, which all have powerful attacks but must be strategically stunned to deal lots of damage.

Introduced in the original 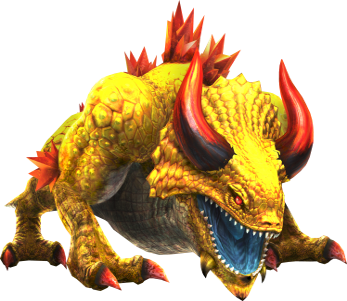 King of the fire-breathing Dodongos, he is a boss in several stages. He is occasionally optional. 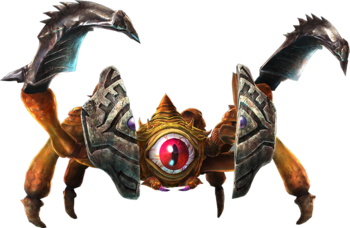 A giant spider that appears as a boss in "The Sorceress of the Woods" and other stages. 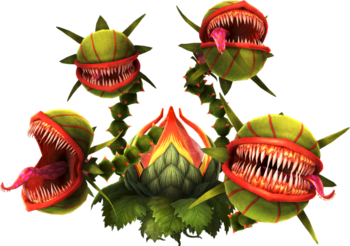 A plant monster fought in "The Sorceress of the Valley" and several other stages. 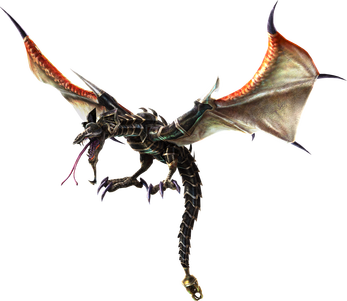 The Twilit Dragon from Twilight Princess who originally served as the boss of the City in the Sky dungeon. In the main story of Hyrule Warriors, he initially appears in the Palace of Twilight as a boss among Zant's forces. 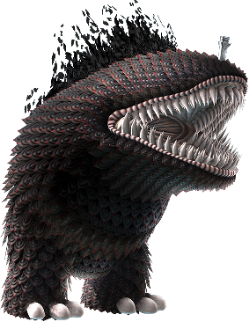 The sealed malice of an ancient Demon King trapped under the Sealing Grounds in the Era of the Sky.

Weapon: Ganon's Furynote Not normally selectable, but it's there in the game files 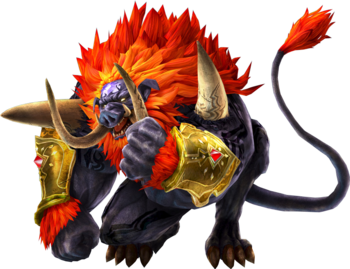 Ganondorf's iconic boar form, the ultimate embodiment of darkness and evil in the Zelda universe. This time, powered by the entire Triforce!

The Ganon/Boss DLC makes him a playable character in a special mode, complete with a trident to wield. This mode is only available in the Wii U version and Definitive Edition. 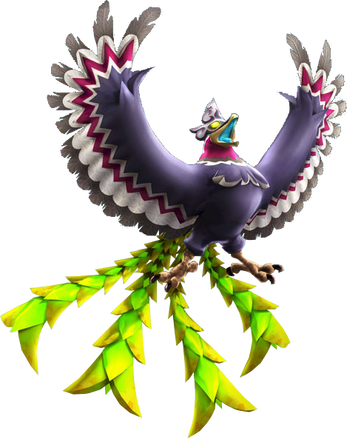 A giant bird that served Ganondorf in the Era of the Great Sea, tasked with kidnapping all young girls with pointed ears. 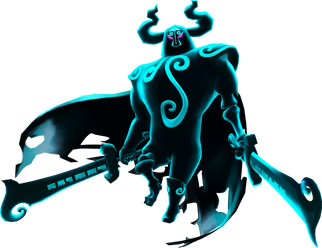 A spectral warrior created by Ganondorf, from The Legend of Zelda: The Wind Waker. He fights using two swords and energy balls.

In Legends, he's the Final Boss of the Wind Waker epilogue, a story that is unlocked after all the other stories are cleared.